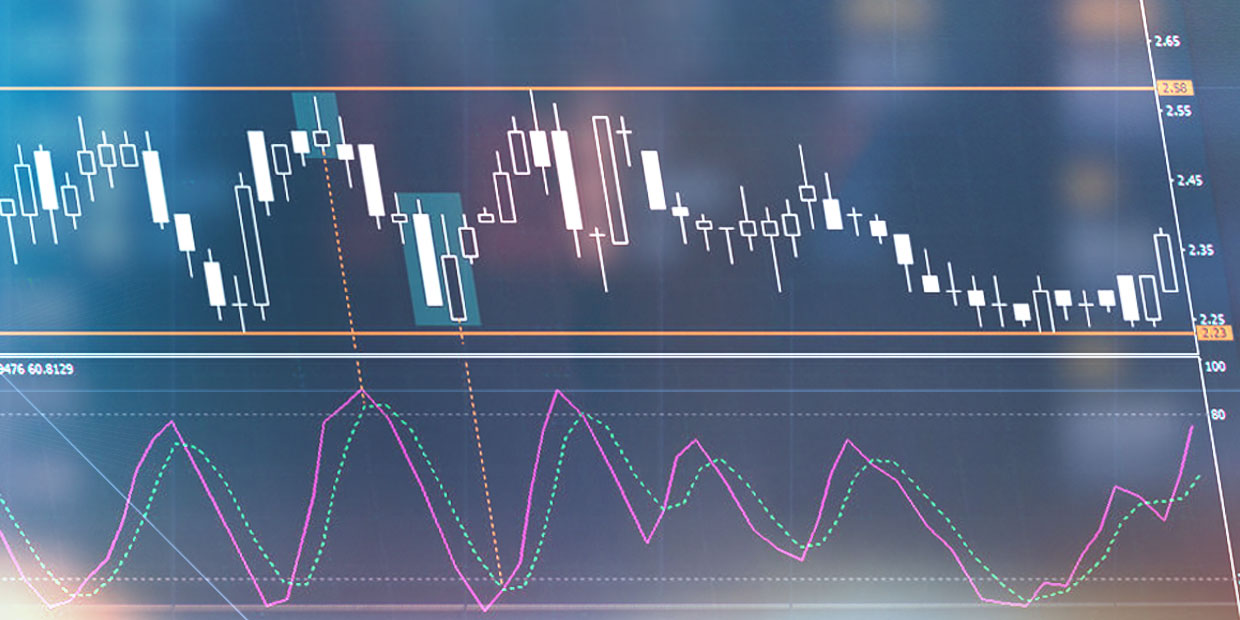 To use the support line and resistance line effectively, you first need to understand how forex or stocks prices typically move, so you can then interpret support and resistance from that framework. You also need to be aware that there are different types of support and resistance, such as minor and major/strong. Minor levels are expected to be broken, while strong levels are more likely to hold and cause the price to move in the other direction.

A support or resistance line is a price level that the market has rejected at least twice and is keeping the market from reaching new levels. The support/resistance of an identified level is deemed to be stronger the more times that the price has historically been unable to move beyond it.

There could be many reasons as to why the price has been rejected at these levels; accumulation of buy orders (at a support level), or sell orders (at a resistance level); buyers are attracted by the lower levels (support line), or sellers attracted by the higher levels (resistance line); buyers think or feel the market will go higher (support), or sellers think or feel the market will go lower, etc.

Support/resistance is often found at a round price level such as 0.9000 or 1.1000. Many inexperienced traders tend to buy/sell when the price is at a whole number because target prices/stop orders set by retail traders and some large institutional traders are placed at round price levels rather than at prices such as 0.9004 or 1.9234. Because so many stop-loss orders or pending entry orders are placed at the same level, these round numbers tend to act as strong price barriers. Many technical analysis traders will use their identified support and resistance lines to choose strategic entry/exit prices because these areas often represent the prices that are the most influential to an asset’s direction.

Drawing relevant support and resistance levels can take time, dedication, and practice. You can start with a demo account, where you can put your levels to the test in a risk-free environment.

How to use support and resistance levels

One of the best uses of the support and resistance levels is for entry and exit of positions coupled with an efficient risk management setting. Some of the practical uses include:

Areas of minor support or resistance provide analytical insight and potential trading opportunities. In the example above, if the price does drop below the minor support line, then we know the downtrend is still intact. But if the price stalls and bounces at or near the former low, then a range could be developing. If the price stalls and bounces above the prior low, then we have a higher low and that is an indication of a possible trend change.

Top 3 Trading Strategies Based on Support Line and Resistance Levels

It helps to isolate a longer-term trend, even when trading a range or chart pattern. The trend provides guidance on the direction to trade in. For example, if the trend is down but then a range develops, preference should be given to short selling at range resistance instead of buying at range support. The downtrend lets us know that going short has a better probability of producing a profit than buying. If the trend is up and then a triangle pattern develops, favor buying near support of the triangle pattern.

Buying near support or selling near resistance can pay off, but there is no assurance that the support or resistance will hold. Therefore, consider waiting for some confirmation that the market is still respecting that area.

When entering a trade, have a target price in mind for a profitable exit. If buying near support, consider exiting just before the price reaches a strong resistance level. If shorting at resistance, exit just before the price reaches strong support. You can also exit at minor support and resistance levels. For example, if you're buying at support in a rising trend channel, consider selling at the top of the channel.

In some cases, you may be able to extract more profit if you let a breakout occur, instead of selling at minor support or resistance levels. For example, if you're buying near triangle support within a larger uptrend, you may wish to hold the trade until it breaks through triangle resistance and continues with the uptrend.

There is also a concept that old support can become new resistance or vice versa. This isn't always the case but does tend to work well in very specific conditions, such as a second chance breakout.

Here are the top 3 support and resistance trading strategies:

Traders are trying to find long entries, when the price bounces off the support line, and are looking for short entries when the price stands near the resistance level. You should also remember that the asset’s price may violate these boundaries, that is why you should consider placing stop-losses below support when going long, and above resistance when going short.

After a period of uncertainty, the price often breaks out and starts a new trend. Traders usually try to catch these breakouts below the support line and above the resistance line in order to profit on the potential further momentum in one direction.

However, traders shouldn’t act prematurely. For example, the price dropped down below the support line. Many traders rushed to go short immediately. Instead, top forex traders usually wait for the market’s response (a pullback towards support or resistance) to break down before catching a longer downward momentum.

The trendline trading strategy suggests using a trendline as either support a resistance. Traders simply draw a line, which connects several highs in a downtrend, or several lows in an uptrend. If the trend is strong, the price would bounce off the trendline and continue its movements in the trend’s direction. In this case, traders pick up entry points in the direction of the trend.

Fibonacci is an extremely popular tool among technical traders and is based on the key numbers identified by mathematician Leonardo Fibonacci in the thirteenth century.

Again, since so many traders are watching these levels to place buy and sell orders or to take profits, this tool tends to work often due to self-fulfilling expectations.

>> Learn how to use Fibonacci retracements

Pivots Points are significant levels chartists can use to determine directional movement and potential support/resistance lines. Pivot Points use the prior period's high, low, and close to estimate future support and resistance levels. In this regard, Pivot Points are predictive or leading indicators. There are at least five different versions of Pivot Points.

Pivot Points were originally used by floor traders to set key levels. Like modern-era day traders, floor traders dealt in a very fast-moving environment with a short-term focus. At the beginning of the trading day, floor traders would look at the previous day's high, low, and close to calculate a Pivot Point for the current trading day. With this Pivot Point as the base, further calculations were used to set support 1, support 2, resistance 1, and resistance 2. These levels would then be used to assist their trading throughout the day.

>> Learn how to use Pivot points

>> Learn how to use Moving averages

Support and resistance are dynamic, and so your trading decisions based on them must also be dynamic. In an uptrend, the last low and last high are important. If the price makes a lower low, it indicates a potential trend change, but if the price makes a new high, that helps confirm the uptrend. Focus your attention on the support and resistance lines that matter right now. Trends often encounter trouble in strong areas. They may eventually breakthrough, but it often takes time and multiple attempts.

Mark major support and resistance lines on your chart, as they could become relevant again if the price approaches those areas. Delete them once they are no longer relevant—for example if the price breaks through a strong support or resistance area and continues to move well beyond it.

Before trading online, you should be aware that the market is susceptible to prominent levels of volatility and as a result, an asset might experience a breakout or breakdown in a short space of time.

As a result, you should carry out both technical and fundamental analyses on the asset you want to trade before you open a position. We also offer educational resources like CAPEX Academy to help you understand trading and get to know the risks.