2019 in review: NFP and unemployment reports 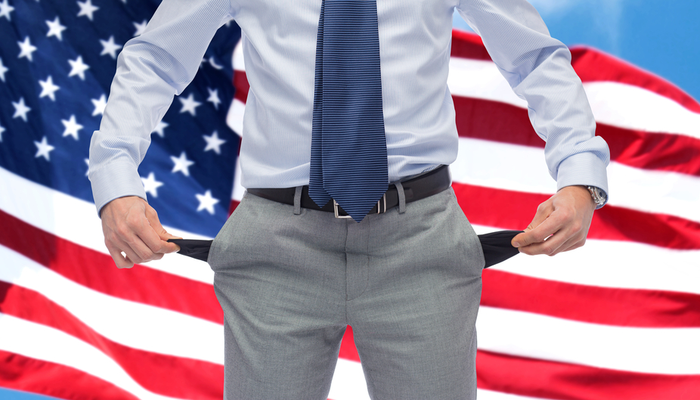 Both NFP numbers and the unemployment figures had important fluctuations throughout the last year, mirroring the unstable state of America’s economy.

Here’s exactly what happened, month by month with the NFP and the unemployment rate reports:

*We will mention the December 2018 report as well, for a broader outlook over the jobs department.

Taking into account approximately 80% of U.S employees, the NFP is amongst the most influential short-term market triggers, impacting the USD and all the major assets connected to it (including gold, Crude oil, or Vix index).

The NFP report published on January 4 2019 showed an unexpected surge in hiring and also a jump in labor force participation for December 2018: 312k nonfarm payrolls were added, way above the 179k forecasted.

Regarding the unemployment rate, it jumped from 3,7% to 3,9%, and it was viewed in a positive light. That’s because 419k new people joined the workforce, as the unemployment rate in the U.S measures the number of people actively looking for a job from the total labor force.

New jobs added to the U.S economy hit 304k against the 170,000 expected in January, and the unemployment rate increased to 4% from 3.9%, causing the greenback to hold its losses.

U.S. employment growth experienced an abrupt halt in February, with the economy creating only 20,000 jobs against the 180,000 forecasted. This marked a sharp slowdown in economic activity in the first quarter. American stocks, bonds, and the greenback fell after the report came out.

The unemployment rate fell back to below 4 percent (3,8%), but economists said employers continued to hire at a good pace as more students and women have rejoined the labor force.

After a disappointing report for February, job creation bounced back strong in March, with a total of 196k new payrolls added against the forecasted 172k. Apparently, the American job machine was rolling nicely again.

The unemployment rate remained unchanged at 3,8%, close to 50-year lows. Due to a record-high number of job openings and the fastest increase in wages in a decade, many Americans jumped into the labor market, preventing the unemployment rate from falling.

The NFP numbers showed better-than-expected results: 263k new jobs were created, against the 181k forecasted by analysts, confirming the bounceback from the weakness shown two months prior. Experts interpreted the figures as signs that there was no case for the Fed to interfere with interest rates, at least for the time being.

However, the unemployment rate dropped to 3,6%, driven by an unexpected fall in the labor force within the household survey.

The markets were expecting the jobs’ growth to slow down, but few could have imagined such disappointing numbers, fueling expectations for Fed rate cuts. 75k was May’s increase in U.S payrolls, compared to 177k anticipated. The USD resumed its downward spiral following the news after it had been trading lower for some time.

In regards to the unemployment rate, it remained stable at 3,6%, in line with what the markets agreed on.

Jobs saw another 180-degree turn for June, as figures ramped up to 224k, soundly beating the not-so-optimistic 162k predictions. After news came out, analysts seemed certain that the Fed was not in a position to cut interest rates.

For July, August’s report showed results in line with expectations, as 164k new jobs were added to the economy. The unemployment rate remained steady at 3,7%.

Amongst the most notable things: job growth continued to slow, reaching approx. 75% of the level it hit in July 2018, the economy seemed to be expanding at a slower pace. But overall there were still no reasons for major concerns.

U.S. job growth missed expectations in August, slowing more than expected by 130k compared to 163k forecasted. Retail hiring declined for a seventh straight month, but the good side was strong wage gains that supported consumer spending and the economy expanding moderately. Trade war tensions between the U.S and China was also fueling growing concerns in the economy.

The unemployment rate remained at 3.7% for a third straight month in August. 571,000 people, the highest number in more than ten months, entered the labor force.

September was all about the unemployment rate hitting 3,5% and getting very close to its 50-year low. However, jobs increased to 136k compared to August (145k forecasted). The USD index saw little to no change against a basket of currencies, while Wall Street stocks traded higher.

President Trump’s impeachment inquiry started around this time too, further deepening political uncertainty in Washington and causing volatility in many U.S based financial instruments.

The NFP report for October saw a big surprise, with the new U.S jobs hitting 128k, 38k more than the markets had expected. Unemployment figures rose to 3,6%, up from 3,5% the previous month. The manufacturing sector was one of the worst performers.

These pieces of news supported the Federal Reserve’s decision to cut interest rates for the third time in 2019 and signal a pause in the easing cycle.

A positive trend for the U.S jobs sector continued with November’s results, as figures thoroughly beat expectations with 266k new jobs being added, against 181k forecasted. The market reacted fast: stocks and equity futures surged, and the EUR/USD pair fell in the wake of the jobs report.

On the other hand, unemployment slipped back to the 3,5% level, even though analysts thought it would remain at the 3,6% level.

Finally, last Friday’s NFP release (for December) managed to fall short of expectations, with only 142k new jobs entering the economy, 17k lower than predicted. After a positive week for the greenback, the country’s currency softened in the aftermath, falling noticeably.

After these reports were out, the U.S Central Bank received the necessary support for keeping its current course on monetary policy, with no significant changes on the horizon.

Looking ahead towards 2020 jobs reports

Non-Farm Payrolls in the United States could reach 180k by the end of the first quarter, according to Trading Economics. In the long-term, the number is projected to trend around 170k throughout this year.

Stay tuned to Capex’s news section for more information and the latest updates on hottest market events and financial developments!