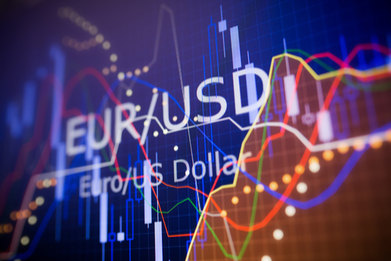 After falling for six out of seven sessions the EUR/USD turned to a volatile sideways pattern last week, ending the week with the most volatile day of all.

On Friday the pair plunged to a 2019 low at the 1.1233 level, before rebounding and returning to opening levels just under the 1.1300 handle heading into the weekend.

What Caused the Volatility of the EUR/USD Pair?

The lower move on Friday came on more disappointing economic data from the eurozone, combined with worries over the future of Italy in the European Union, while the rebound was a result of U.S. political maneuverings.

The weekly volatility was due to USD strength throughout most of the week combined with some hiccups that allowed the Euro to rally back on Tuesday and Thursday. 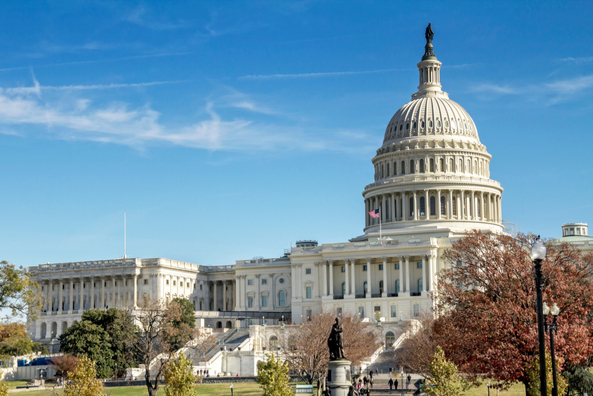 EUR/USD jumped higher last week on Tuesday as traders saw decreased haven demand for the USD after Congress came to an agreement that would fund the U.S. government and avoid another shutdown. The news caused equities to rally, and dented haven demand in the USD, although the upside potential was muted by Germany’s weak economic data.

The USD returned to strength Wednesday, but that was short-lived as the greenback took pressure Thursday first on news of little progress in negotiations between the U.S. and China, and later on as a response to far weaker than expected U.S. retail sales in December.

Friday was the most volatile day of the week, with the USD first rallying on news of progress on the trade negotiation front. That rally fizzled however after President Trump declared a state of emergency on the U.S. southern border.

The USD also found it difficult to maintain its strength considering the Thursday retail sales data, which was the weakest in nearly a decade, as well as Friday’s industrial production data showing a drop of 0.6%.

While the rebound took the pair back to Thursday’s closing levels the pair was unable to get above the 1.1300 level as the Euro has been unable to gain any momentum. That lack of strength from the Euro has many reasons, and none of them are likely to be resolved soon:

1. Germany, which is considered the engine of the European Union economy, has seen its economy increasingly faltering the past few months, and the whole EU hasn’t been faring much better.

2. Analysts believe that the ECB could reinstate its loose monetary policy, especially after ECB board member Benoit Coeure said that there have been discussions around the possibility of ECB issuing multi-year cheap loans to banks in response to recent weak inflation and growth.

3. Also weighing on the shared currency were comments from Italian League member Claudio Borghi, who said EU elections are the last chance to make changes in Europe that will keep Italy in the European Union.

Market Events Coming Up This Week to Watch 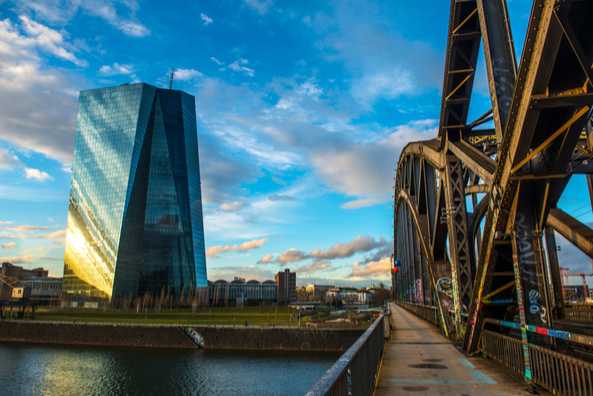 The coming week starts with the U.S. on holiday Monday.

Tuesday is the release of the ZEW Economic Sentiment survey for Germany and the EU, which is expected to decline, according to analysts.

On Wednesday the Federal Reserve will release its latest monetary policy meeting minutes, and that could move the U.S. dollar depending on the tone of the meeting minutes.

Thursday will be the busiest day of the week as Europe reports on producer inflation and the ECB releases its latest monetary policy meeting minutes.

In the U.S. traders will keep their eyes on: 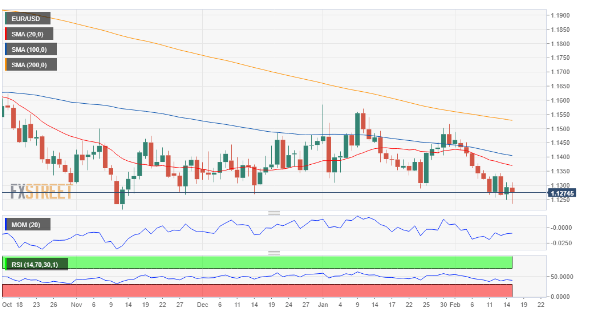 As mentioned, the EUR/USD had been in an extended slide before turning sideways last week. The most notable aspect of the week was Monday’s break below the 1.1300 support level. That level had held as support four times since November before being broken last week. The move lower was also a break of support on the weekly chart going back to November.

Analysts from FXStreet.com agree that moving averages remain bearish, with the 200 day moving average heading lower since May, and the 20 day moving average heading lower since the start of February. Relative strength remains below the 50 level and shows no upside strength. Resistance is at the 1.1300 level, but a move above that level could see a recovery to the 1.1400 level. On the downside markets will be watching the 1.1250 and 1.1215 level for support, with a break of the second level the likely start of a move to the 1.1160 level and later to the 1.1100 handle.