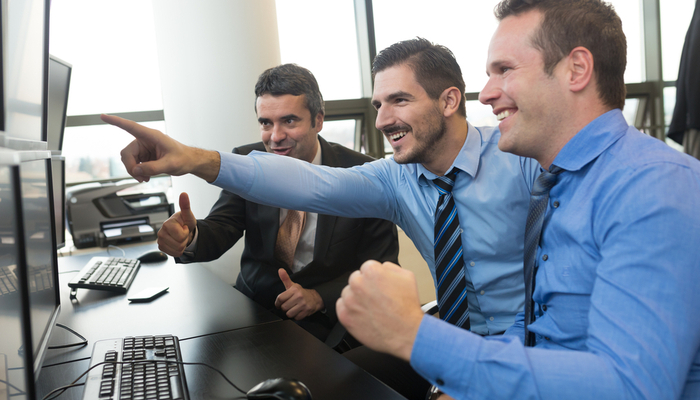 Among trading communities, you might come across weird "slang" for specific currency pairs. To help you improve your trading expertise and have a laugh along the way, we prepared a shortlist

Without any further ado, here are some of the most widespread nicknames you might have heard about:

Cable might just be the oldest FX nickname still in use, describing the #GBP/USD currency pair. The term originated in mid-19th century when people transmitted currency prices between the New York and London trading desks via communications cables laid beneath the Atlantic Ocean by submarines. The first successful cable across the Atlantic dates from July 1866, while the first such exchange rate was published in "The Times" in August same year.

Nowadays, Transatlantic communications are carried by optical fiber cables and satellites, according to Wikipedia.

Interesting fact: the British Pound is also referred to as "Cable," not just the GBP/USD pair

Fiber – honoring the King of the Hill.

#EUR/USD is commonly known as the "Fiber." According to one theory, traders were looking to give this currency pair a fitting nickname in the tradition of the ever-popular "Cable," so they chose "Fiber." Another theory says that the nickname comes from the fact that Euro banknotes were printed on paper produced from pure cotton fiber. Whatever the truth may be, EUR/USD quickly become the world's most traded currency pair (according to bis.org data).

Loonie – appearances can be deceiving.

In FX terminology, Loonie refers to the USD/CAD currency pair. Its source of inspiration dates back to 1987 when the 1-dollar circulation coin launched in Canada replacing dollar bills. Shortly after, the coin was dubbed the" Loonie," as it features a solitary loon (aquatic bird from North America, including Canada) on its backside. Wildlife artist Robert-Ralph Carmichael created the loon design.

Traders often refer to the EUR/GBP pair as "Chunnel," from the Channel Tunnel connecting the UK with mainland Europe (France). The channel tunnel came into operation around the same time as the Euro (more than 20 years ago), which was why it became the nickname for the pair.

Yuppy, Guppy, and Ninja – Japan anyone?

Investors dub the #EUR/JPY pair as #Yuppy, based on a combination of the underlying ISO 4217 codes for EUR and JPY. Removing the final R from EUR and initial J from JPY gives us EUPY, while adding a P and a Y made the word sound more appealing to some people. In the currency world, we also have a "#Guppy" - for the #GBP/JPY pair – and a "Ninja" – for USD/JPY.

The #USD/RUB and #EUR/RUB currency pairs are known as Barnie and Betty, from the famous cartoon "The Flintstones." In case you are curious why, here is the explanation: the Russian Ruble's (RUB) official title comes remarkably close to the nickname "Rubble," which is the lead family from the classic Hanna-Barbera production.

Kiwi – it is not the fruit!

Traders call the #NZD/USD currency pair "kiwi" because the New Zealand national symbol is the Kiwi Bird, a unique species found in New Zealand. Additionally, Kiwi is also a colloquial name for both the country of New Zealand and New Zealanders as people.

If this list of funky currency names caught your attention, you might want to check out more info about Forex trading in our CAPEX Academy section - an entire encyclopedia of educational videos, featured articles, and market news awaits you!