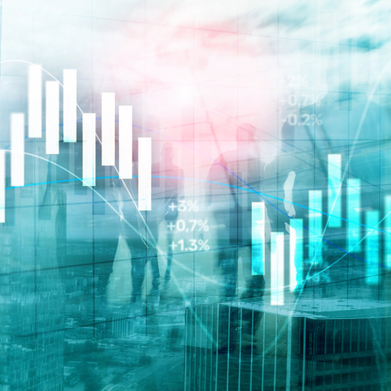 Once again, it’s time to find out about the significant events that moved the markets last week to make better trading decisions. Here’s what happened on the markets:

On Friday, the British Pound fell in a volatile session as British Prime Minister Theresa May urged the European Union to make “just one more push” to break the deadlock over the Brexit deal by offering the EU representative her changes to a deal.

With less than three weeks to go before Britain is due to leave the EU, officials are at an impasse over the so-called backstop aimed at ensuring a frictionless border between the British province of Northern Ireland and EU member Ireland.

This week the lawmakers will vote on the withdrawal agreement British Prime Minister Theresa May negotiated with Brussels and which they overwhelmingly rejected in January.

Goldman Sachs Was Half Right about Its Predictions for the U.S. Dollar

Goldman Sachs Group Inc. was half right about what its predictions concerning the more dovish-sounding Federal Reserve. But that didn’t save its U.S. Dollar trade, and now the company is trying a different approach.

The firm recently recommended to short the U.S. Dollar Index (DXY), but that hit a stop in the aftermath of the European Central Bank meeting. That’s a potential loss of 1.4 percent, Goldman strategists led by Zach Pandl wrote in a note late Friday. 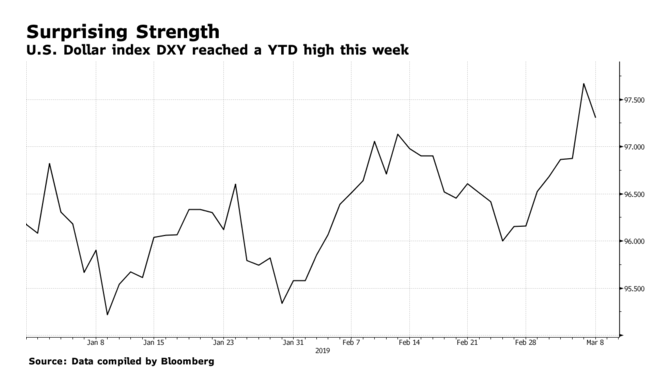 Now, analysts from Goldman Sachs have another suggestion: to short the dollar versus the Japanese yen. “The main beneﬁciary of the current data backdrop seems likely to be the yen,” the Goldman strategists wrote. “We continue to expect dollar weakness, but even if incoming data cooperate this may take time to materialize on DXY (with its high euro weight) due to market pessimism about global growth.”

On Sunday, Saudi oil minister Khalid al-Falih said it would be to early to change OPEC+ output policy at the group’s meeting in April and that China and the U.S. would lead healthy demand for oil this year.

Between April 17 and 18, the OPEC+ alliance will meet in Vienna, and another meeting is scheduled for June 25-26.

When referring to these gatherings, the Saudi oil minister stated that it is unlikely that the group will change the output policy in April and if required changes will be made in June. 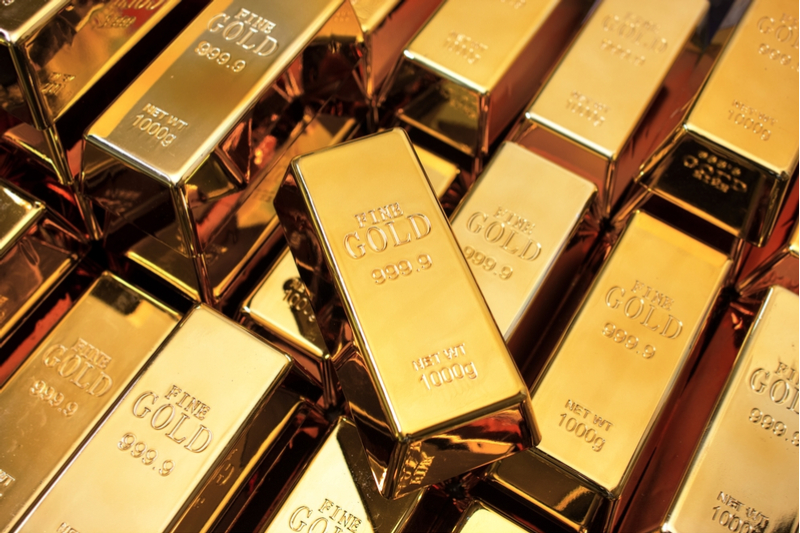 The gold prices were boosted 1% on Friday due to losses in global stock markets on the heels of weak Chinese export and U.S. jobs data.

Gold was “clearly reacting to the jobs numbers, but this is too obvious,” said Jeff Wright, executive vice president of GoldMining Inc. “In my opinion, gold is responding to the weekly downtrend in the U.S. equity markets along with U.S. dollar weakness [Friday] across the major currencies.”

The Dow Jones Industrial Average DIJA, -0.09% was sharply lower after the Friday U.S. employment report showed the weakest job creation in 17 months, with only 20,000 new names added to February payrolls.

Not only the job report contributed to the evolution of gold prices, but also the stocks that tumbled. Tumbling 4.4%, Chinese stocks logged their worst one-day percentage drop since October on Friday, after the nation reported a 20% drop in February exports on the heels of a 9.1% gain in January.

The longest “bull market” (citing CNN) in American history has now been alive for a decade:

• the Nasdaq has skyrocketed just under 500%.

The 10th birthday of the “bull market” makes everybody ask themselves how much can it last?

European Stocks Further Due to a Cocktail of Poor Data 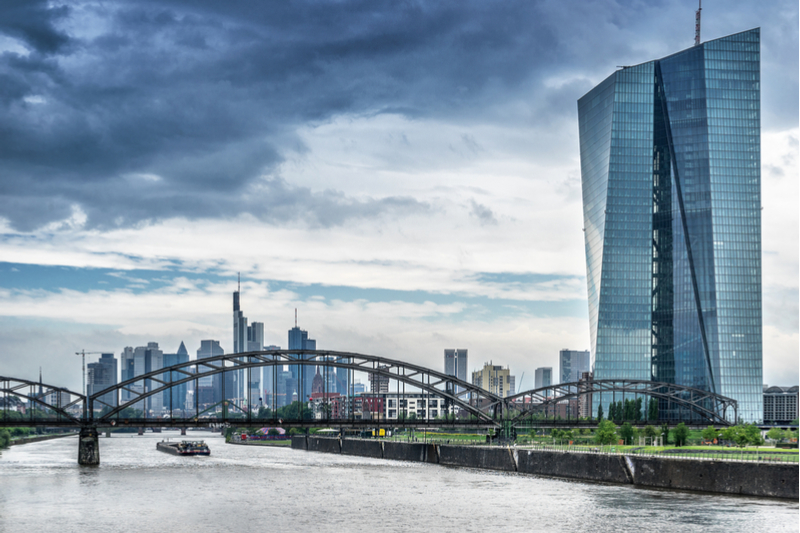 Wall Street will be looking from positivity from Facebook, especially since the next earnings report date is approaching. In the report, analysts expect FB to post earnings of $1.63 per share. This would mark a year-over-year decline of 3.47%.

Meanwhile, the Zacks Consensus Estimate for revenue is projecting net sales of $14.96 billion, up 25.03% from the year-ago period. Looking at the full year, Zacks Consensus Estimates suggest analysts are expecting earnings of $7.55 per share and revenue of $68.89 billion. These totals would mark changes of -0.31% and +23.37%, respectively, from last year.

Apple (APPL) generates most of its revenue form its iPhone business, but over the years, the company has aggressively tried to expand its offering. The tech company has enjoyed success with several new hardware products, such as Apple Watch and AirPods, which are the foundation of the company’s wearables business – one that Apple CFO Luca Maestri said on the company's most recent earnings call is "approaching the size of a Fortune 200 company."

According to respected analyst Ming-Chi Kuo with TF International Securities, Apple will introduce another new hardware product category next year: augmented reality (AR) glasses. "The analyst says that the AR glasses will essentially act as a display only with the actual computing rendering, internet connectivity and location services coming from the iPhone in the user's pocket," read 9to5Mac's summary of Kuo's report.

A report cited by TechCrunch.com shows that U.S. smart speaker owners grew 40% over 2018, and now reach 66.4 million, meaning 26.2% of the U.S. adult population. The same report also reconfirmed that Amazon Echo is leading the way, noting the Alexa-powered smart speaker grew to a 61% market share by the end of last year — well above Google Home’s 24% share.

Olson said he projects year-over-year domestic subscriber growth of 12.6%, compared with "consensus" calls for 9.1% growth, and a 51.3% increase in international subscribers versus consensus expectations of a 37.9% rise. 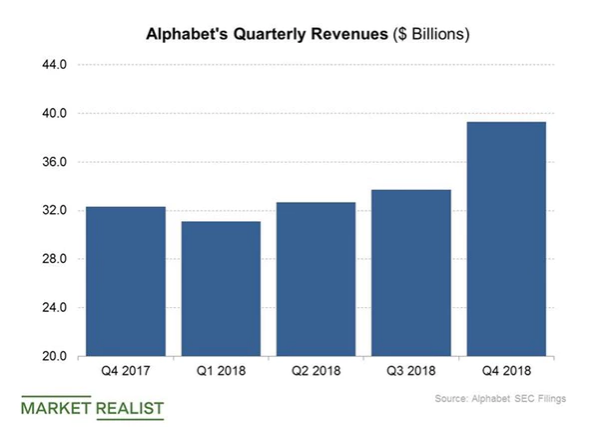