Lyft Is Rushing to Beat Uber in the Race to IPO 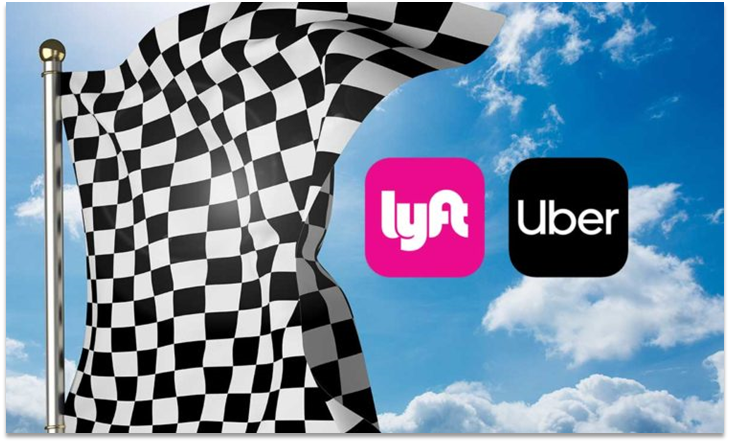 Image: Lyft battling with Uber in the race to IPO.

Everyone has heard about Uber, but not everyone knows about it’s smaller rival Lyft, a company founded in 2012 in San Francisco, that offers ridesharing services and that operates in over 300 cities across the United States and Canada.

Lyft is the second largest ridesharing service provider in the United States behind Uber and it accounted 22% of the market as of September 2017, according to Statista.

Now the company is in a rush to beat its rival Uber, as both are preparing for their initial public offerings (IPOs).

Two Ride-sharing Companies on a Cavalcade for High-Value IPOs

Late in 2018, Uber and Lyft, the two largest ride-sharing companies in the United States, each submitted confidential filings with the Securities and Exchange Commission (SEC) in preparation of an initial public offering (IPO). Both listings are awaited by the public, and it seems that Lyft has taken the lead in the race to reach the market first.

Lyft is preparing to start trading in early April, reports The New York Times. The same publication mentions that Lyft intends to begin its roadshow, in which it meets with investors, the week of March 18.

Lift will list on the Nasdaq and expects to be valued between $20 billion and $25 billion, according to people familiar with the company’s plans that were cited by The New York Times.

The company’s listing is a win for Nasdaq, which has struggled to attract tech companies ever since the exchange suffered delays and technical issues when Facebook’s IPO took place, after which companies from the tech industry made their debut on the New York Stock Exchange.

Coming Down to Lyft’s Awaited IPO

Although Lyft is the smaller of the two companies, investors have eagerly waited for its IPO as Lyft has now the chance to splash by being first, especially if the company will move as aggressively as reports indicate.

Lyft generated $563 million in revenue in the third quarter, up from $300 million in the same period a year earlier, a person familiar with the matter said in October. Even though losses increased to $254 million in the period from $195 million in 2017, Bloomberg reports:

“Getting out before Uber would be a minor victory for Lyft, though not one without risk. Three years younger than its much larger competitor, Lyft has plotted a faster route to the public markets and will want to make sure that it’s front and centre in investors’ minds. Filing first will give Lyft an opportunity to highlight favourable metrics before Uber discloses new details.”

What will also count in the IPO value are average fare per ride, marketing spending and driver churn, according to a Lyft shareholder who asked not to be identified because he isn’t authorized to speak on behalf of the company.

Other favourable elements that will count for investors are:

Risk associated with the IPO will also most likely be considered by investors. According to Bloomberg the following would be included:

● legislation that could require Lyft to classify its drivers as employees;

● the company’s governance structure, as the Wall Street Journal reported that Lyft’s founders were preparing to take near-majority voting control, despite together owning less than 10% of the company.

Oceanic Partners, an early holder of Lyft shares, is valuing the company at about $23 billion, said Jaclyn Strife, the venture capital firm’s co-founder and chief operating officer. That’s based on a multiple of about seven times the $3 billion in net revenue that Oceanic predicts Lyft will have this year. The estimate also factors in about $2.5 billion in cash, which Lyft has in its coffers.

“We’re excited to see that Lyft is going first,” Strife said. “It’s good for them to come out and set the stage ahead of Uber, which will certainly take the spotlight later.”

Update 1: Reports Show That Lyft Drivers Might Get Stock in the Highly Anticipated IPO

According to CNBC.com, Lyft would give drivers with 10,000 rides logged in $1,000. The amount can be kept or used to participate in the company’s IPO. Lyft drivers with at least 20,000 rides would be eligible for $10,000 in cash or a stock equivalent.

The Wall Street Journal report cited by CNBC.com mentions people, familiar with the matter, said the company will include a program to give long-serving and highly active drivers a cash award with the option to convert it into stock. This is unusual since ordinary investors usually are not able to buy a company’s stock at its IPO price and because the drivers are contract employees.

Update 2: Lyft Files for IPO, Passing Uber in the Race to Go Public

On Friday, Lyft filed paperwork to the United States Securities and Exchange. The company will list on Nasdaq under the stock ticker “LYFT”.

After years of investors waiting for the long list of start-ups with billion-dollar valuations to come to Wall Street, it seems that 2019 will bring a stampede of so-called unicorns, as companies such as Uber, Airbnb, Pinterest are expected to go public this year. Lyft’s IPO could also be an indication of how all these companies could be received by the public.

The company has the allure of a fast-growing business: it hit $2.2 billion in revenue in 2018, double the previous year. Other figures look good for the company as well:

Even more, in the filling submitted to the SEC, the company states:

Lyft’s IPO final amount may be as high as $3 billion, according to SeekingAlpha.com.