U.S Dollar and Oil – could the price dynamics be changing? 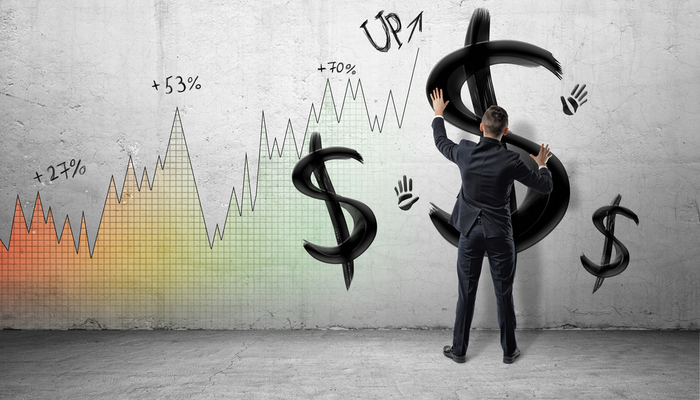 Historically, the price of Oil is inversely correlated to the U.S dollar price. But does that always ring true?

The Oil - U.S Dollar relationship under the radar

Should you ask a skilled trader or an insightful analyst why Oil and the U.S Dollar prices move in opposite directions; you would most likely get one of the following answers:

• Oil is priced in U.S Dollars; the more potent the American currency gets, the fewer Dollars you'd need to buy Oil. Following the same logic, when the U.S Dollar is at low levels, oil prices go up.

• The U.S has been importing Oil for a long time, even though it has significantly reduced the amount of Oil imported in the last few years. The higher Oil prices get, the bigger the country's trade deficit gets, as more money is required to buy the necessary Oil.

However, there’s a “small” argument to be made here. After the unprecedented shale revolution, the United States has increased its production to such extent that it became the largest producer of crude Oil globally as of 2019 figures (wikipedia.com).

Furthermore, a report from the Energy Information and Administration (EIA) revealed an interesting fact: The United States can provide 90% of its required energy consumption. So, the question is: would it need to import anymore?

Due to the COVID-19 massive impact over the shale industry, many top producers went bankrupt or saw their businesses affected profusely. The data presented above might not reflect with 100% accuracy where things currently stand.

The United States has tremendously increased its Oil production. The U.S. Dollar has benefited from the Crude Oil slightly bumpy road in the past decade or so (just check any market chart, see what we mean).

During this time, the U.S. economic growth has been rather substantial compared to many other countries, especially Oil-dependent ones. Also, while the energy sector makes an essential contribution to the country's GDP, America's extraordinary economic power and diversity helped reduce its dependency on industry alone.

To conclude, it doesn’t seem things have started to move towards a new direction regarding the Oil - U.S Dollar relationship. We’re still seeing opposing dynamics in place, but that doesn’t mean it will last forever.

What to expect from the future?

The markets are wondering whether the Dollar will turn into a petrocurrency* or not. Well, the U.S is indeed exporting more and more Oil. With revenues pouring in, the country might have more reasons to dictate the global petroleum new world order.

*A petrocurrency is a currency of an Oil-producing country whose oil exports are large enough that the currency’s value will shift according to oil prices.

But at the same time, the U.S economy has so many other aces up its sleeve that it's incredibly difficult to see the Dollar behaving like a petrocurrency any time soon.

We hope we shed some light on why the U.S Dollar has historically traded inversely to the price of Oil and why this status quo can change sometime in the future.

Until then, make sure you stay tuned to CAPEX.com featured articles section. We'll keep you informed on the latest financial developments!