Why is the USD the global currency?

We're living in a world where more than 60% of all foreign bank reserves are kept in U.S. Dollars. How did this come to pass? Why is the USD the global currency?

To get your answers to the above questions we need to take a brief excursion to the past. Are you ready for a little history lesson?

When gold was in charge

In the first half of the 20th century, before World War II, world currencies were backed by gold. Each government guaranteed that its money was enough to cover a certain amount of gold.

Great Britain was still the epicenter of world commerce. People were mainly trading in British pounds. Around that time, more precisely, in 1913, U.S. Federal Reserve Bank saw the light of day. Created as a direct measure instituted by the Federal Reserve Act, the Fed had one primary goal: to fix the instability governing America's currency system. Individual banks simply could not control things around.

At the start of World War I, many countries realized they were unable to pay for the war expenses with gold bars. So, the only logical solution was to let the gold standard go down the drain and start printing money instead. This act led to their currencies devaluating. Even Great Britain was forced to borrow money by the end of the war.

It was then when the U.S. began lending funds to whoever wanted to buy American bonds. In 1919, Great Britain abandoned the gold standard. The U.S. Dollar was the new king.

Fast forward to 1944. That year marked the creation of the World Bank and the International Monetary Fund. Furthermore, the U.S. dollar was the new gold – officially. The robustness of the U.S. economy, the widespread belief in the American model of finance, the wealth of U.S. financial institutions, and America's leading role in international affairs are the four pillars of the U.S. Dollar's strength.

According to the pact signed between 44 allied countries in Breton Wood, New Hampshire, the following measures were taken:

- United States would redeem U.S. dollars for gold on demand

- Countries could buy or sell their currency to regulate the money supply. Whenever a situation required it (currencies become too weak or too powerful compared to the U.S. Dollar)

The Bretton Woods agreement fixed exchange rate plan fell to pieces during Richard Nixon’s presidency. Because inflation was getting to extremely high levels, Nixon decided to unlink the dollar-gold chain. Currencies moved to the open market as a direct consequence.

However, even if many were starting to believe the U.S. Dollar's dominance was about to end, things became different. The American dollar remains to this day the go-to currency, despite many financial crises, wars, economic disputes, and other unprecedented events.

A currency to rule them all – is it possible? 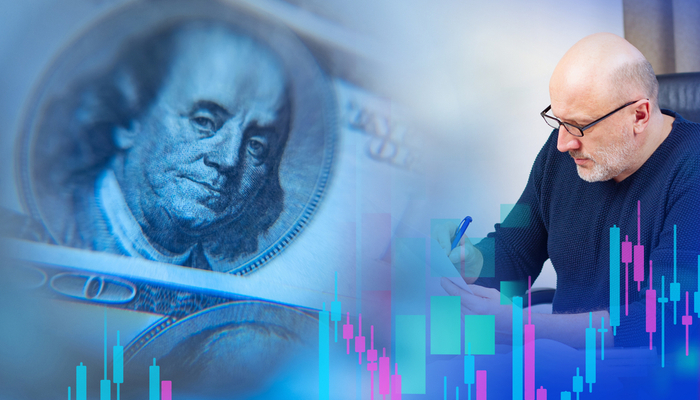 Will we be using a single currency, for instance, the U.S. Dollar, in the whole world? It seems impossible, at least according to the general say. First of all, politicians don’t fancy the idea of a world government ruling them all. Too much would be at stake.

Then, according to Investopedia.com and the optimal currency area theory, a single currency can only work efficiently in a small geographic area, like a country. It would be unsuitable to use it on a continent, or in our case, on all 7 continents. Why? Because of different economic conditions taking place in various states on the globe. Not everything can be the same.

The U.S. Dollar as a world reserves currency – fun facts

To end our small interlude throughout the history of the U.S Dollar as the world’s global currency, here are three fun facts about it:

- According to estimates Federal Reserve Board economist Ruth Judson, nearly 60% of all U.S. dollar bills are held overseas, up from around 20% in 1990.

- 80% of all $100 bills in circulation are now held outside of the United States.