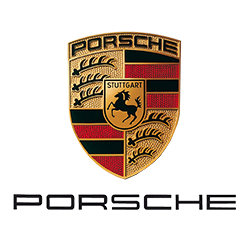 A company that is being pushed forward by its employees’ creativity and innovation, Dr.-Ing. h.c. F. Porsche AG, commonly known as Porsche, is a car manufacturer headquartered in Stuttgart, Baden-Württemberg, Germany.

Well known for delivering high-performance sports cars throughout its 74 years of history, Porsche AG has made its global presence felt through quality and excellence. In recent years, it tackled the sport-utility segment of the automotive industry with models such as the Cayenne, Macan, and the luxury sedan Panamera.

Even though it started as a car manufacturer brand in 1948, its foundation’s first blocks were laid as early as 1930s. In a climate-controlled, fire-proof room, the Porsche Museum holds the first ledger of its design office, which proudly displays the date of Porsche’s first order: August 21, 1930. Since then, Ferdinand Porsche impressed some 300 projects on its “sketchbook.” 18 years later, the company took the first steps towards becoming the automotive giant it is today.

Its decades-old partner, Volkswagen Group, owns Porsche AG. Their history starts in 1960 and culminates with the Volkswagen Group acquiring a 49,9% stake in Porsche AG in 2009, only to buy the whole company a few years later. Despite the Group being partially controlled by Porsche Automobil Holding SE (Porsche SE), confusion should not be made with Porsche AG, the car manufacturer that has its IPO set for September 29, 2022.

Porsche AG’s evaluation rests in the EUR 70 billion – EUR 85 billion price range within the current market conditions. Given the IPO’s size, one could argue if it accounts for profitability, and the answer is a sound yes. Porsche AG’s sustained growth for three consecutive years translates to over EUR 33 billion in sales and EUR 4 billion in pretax profit in 2021 alone.

Not only that, but the Porsche business runs a much higher profit margin than the average car-manufacturing industry, 24.5% vs. 7.5%. Moreover, Porsche AG focuses on quality and serving the top-end of the automotive market, solidifying its position as one of the more prominent brands under Volkswagen Group’s portfolio.

To prepare for an IPO expected to slide within Europe’s largest-ever, Porsche AG divided its share capital into 911 million shares. Half of these are Preferred Shares, while the remaining 50% are ordinary shares. The Preferred Shares are expected to list and begin trading on the Frankfurt Stock Exchange Regulated Market on or around September 29, 2022. With a Preferred Share tag set between EUR 76.50 – EUR 82.50, the company anticipates raising between EUR 8.71 billion to EUR 9.39 billion from its public offering.

Furthermore, a Porsche press release shows that the company has several institutional investors waiting in line. The Qatar Investment Authority (QIA) is set to purchase a 4.99% slice of its Preferred Shares, amounting to about EUR 1.74 bn to EUR 1.88 bn. Moreover, Norges Bank Investment and T. Rowe Price are committed to acquiring EUR 750 million of Porsche’s Preferred Shares each. At the same time, ADQ dedicated a budget slice of EUR 300 million in this respect.