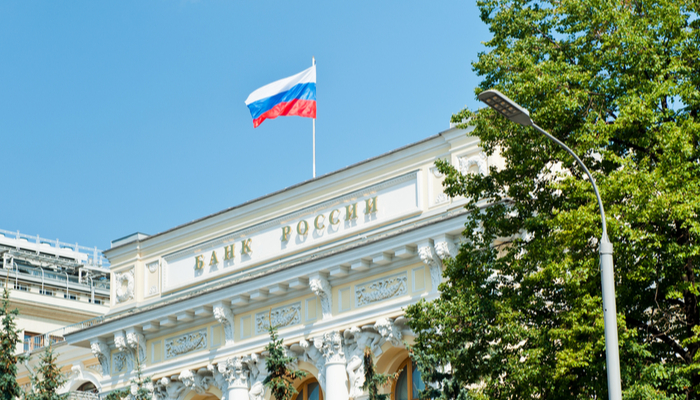 New lows reached by the Central Bank of the Russian Federation.

In a shocking move, the Bank of Russia cut today the interest rate by 100 basis points. Now, it reached a record low of 4.50%, a number unseen since the dissolution of the Soviet Union.

It is the second cut in two months after a reduction of 50 basis points was made in April after Russia's GDP fell by 28%. The economy could shrink by 13% in the second quarter, according to data from Bloomberg.

Russia is one step away from recession, the worst in a decade after Vladimir Putin announced that it wants to put out a stimulus package that could compete with the ones released by other major economies. The stimulus could be worth a 10th of the annual economic output. According to analysts, the amount could be much smaller as Russia moved from last year's budget surplus to a deficit mainly caused by the plunge in oil prices.

Growth is expected to start next year. According to it, "If the situation develops in line with the baseline forecast, the Bank of Russia will consider the necessity of a further key rate reduction at its upcoming meetings." As of Monday, the inflation reached 3.1%, below the 4% target, due to a diminished consumer demand caused by the lockdown measures. The negative impact on the country’s economy is lasting longer than anticipated.