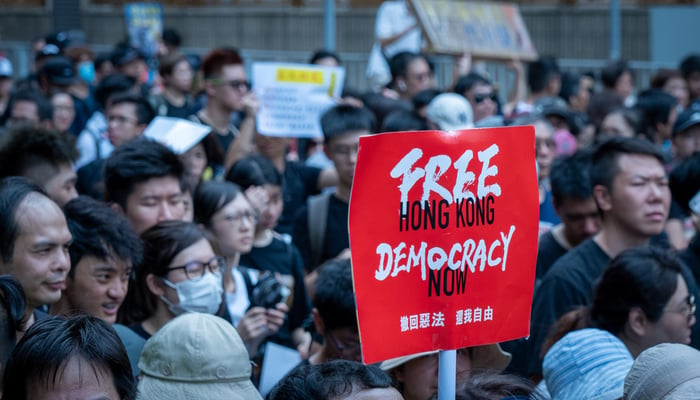 Hong Kong faces the most radical change since its 1997 handover.

The world received the controversial news on Tuesday, as China's parliament passed the national security legislation in Hong Kong. According to Beijing, it is necessary as it deals with terrorism, subversion, and foreign interference. It will also oversee education about national security in schools, and Beijing will have the power to interpret the law. If the law contradicts with a Hong Kong law, Beijing legislation has priority. Moreover, it will allow Chinese intelligence agencies to establish in Hong Kong. Details about the six chapters and 66 articles legislation will be released on Wednesday, in a media briefing held by officials in Beijing.

The bill was unanimously passed by the Standing Committee of the National People's Congress after a three-day meeting that started Sunday. It will come into force when it is published in the Hong Kong gazettes on July 1, when it is the anniversary of the territory coming back under Chinese rule.

The law has been long announced, and it caused violent pro-democracy protests in Hong Kong for almost a year. Over time, the demonstrations got calmer as the pandemic made it difficult for masses to gather. The law has been criticized all over the world. Japan considers it to be a "regrettable" decision, and Taiwan is "very disappointed." It faced disapproval from the US, who ended the trade relationship with Hong Kong; UK will change the immigration rules to offer people “a route to citizenship.” The European Parliament is to take China to the International Court of Justice in The Hague.

Joshua Rosenzweig, head of the China team of Amnesty International, believes that "Their aim is to govern Hong Kong through fear from this point forward," "The fact that the Chinese authorities have passed this law without the people of Hong Kong being able to see it tells you a lot about their intentions."

Also, the leader of Demosisto – a pro-democracy group – resigned saying in a post that "the end of the Hong Kong that the world knew before. From now on, Hong Kong enters a new era of reign of terror. With sweeping powers and ill-defined law the city will turn into a secret police state."

Still, July 1 demonstrations are in motion, although police stated that due to COVID-19 rallies can't happen.

Read more about the latest events on CAPEX.com!