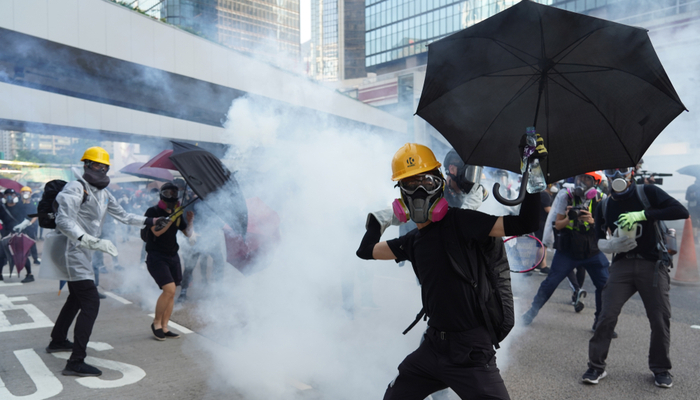 China vs. Hong Kong. What will happen?

History has a habit of repeating itself, as last year protesters were on Hong Kong streets, this past weekend the same happened. It is a result of China’s efforts to impose a security law on the city. According to specialists, the bill could make a criminal act of secession, subversion, terrorism, and activities of foreign forces that can interfere in Hong Kong if passed. Moreover, rumor has it that China will set up its institutions as responsible for the security.

This new law also interferes with the Basic Law, Hong Kong's mini-constitution that came in force in 1997, once the city was given back to China by the Britons. The so-called constitution made the system under which China and Hong Kong exist together possible: one country, two systems. The constitution provides the city with something that China as a whole does not have: freedom of assembly and speech, an independent judiciary system, and a few democratic rights.

This is not the first attempt of China to impose laws. It tried in 2003 but failed because of protests. Over the years, things have degenerated, and protests became a pro-democracy and anti-China movement.

On Sunday, thousands of people marched the streets of Hong Kong, ignoring the government's warnings and social distance measures.

Things have degenerated, and the police fired tear gas and water at participants. The police arrested more than 180 people.

Politicians are divided. The Chinese foreign minister, Wang Yi, considers that the law should be passed as soon as possible. He stands behind what he stated last year that "the violence in Hong Kong has been escalating, with many cases involving explosives and genuine firearms." "Terrorism is growing in the city, and activities which harm national security, such as Hong Kong independence, become more rampant." China rejects any concerns about the stability of its international relationship if the law passed, and considers that countries which speak about the situation are "meddling."

Internationally, more than 200 politicians, policymakers from more than 20 countries signed an open letter condemning the anti-sedition bill as a "comprehensive assault on the city's autonomy, the rule of law, and fundamental freedoms." In Taiwan, people went out on the streets as a sign of support, and because more and more people are trying to escape from China, Taiwan’s president, Tsai Ing-wen, said he would start to improve and do relevant work to provide for people who seek refuge in his country.

If approved, this law will not only affect Hong Kong but also its relations with the U.S. Later on this month, the U.S. Congress will decide whether the city is autonomous enough to continue to have special trading privileges. Sanctions against both Beijing and Hong Kong officials responsible for the move will happen.