Remdesivir – probably the drug that the world needs 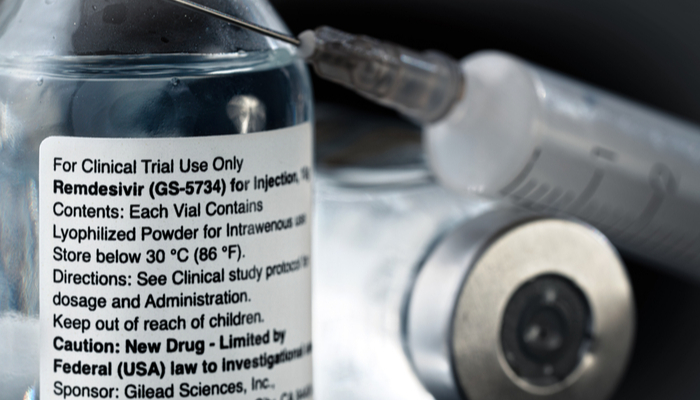 Markets unimpressed by the medical progress of Gilead

As new cases of infection emerge worldwide, pharma companies are in a race to produce a viable vaccine. For the past months, Gilead has been the front runner of this race. Its drug, Remdesivir, proved to be efficient in treating patients with COVID-19 when administrated intravenously. Also, it received a EUA (Emergency Use Authorization) from the Food and Drug Administration.

In April, Gilead pitched the idea of a more natural way to administrate the drug, which lead to an inhaled version, as it cannot be produced as a pill due to its impact on the liver. According to the company, the inhaler version "could potentially allow for easier administration outside the hospital, at earlier stages of disease.”

The trial for this version starts in August after Gilead screens the healthy volunteers for early testing. It will conduct trials in infusion centers and nursing homes, taking into consideration the idea of combining Remdesivir with various therapies, which may include anti-inflammatory agents, especially in severe cases. It also wants to test the drug on vulnerable patients, such as children and pregnant women.

But Remdesivir is not the only drug approved by the FDA. A drug used for treating malaria, Hydroxychloroquine, used and praised by President Trump, got its approval just to later get revoked after it proved to be ineffective.

Just last week, a trial conducted by Oxford University showed that severely ill patients who received the dexamethasone steroid recovered, and the death risk decreased to 28%. The steroid is mostly used for arthritis, asthma, and some skin conditions.

If Gilead continues with its trials, the same cannot be said about Sanofi. Today, the company announced that it expects the approval of the potential vaccine that it’s developing in collaboration with GlaxoSmithKline. The approval is said to be come in the first half of 2021, earlier than anticipated.

Although the medical world sees this as a step forward, the market didn’t budge. Gilead stocks lost 1.2% after the announcement. Overall, it gained 17.9%, while USA500 lost 4.1%.

Take a look at our Corona Blend which includes companies like Johnson & Johnson, Moderna, Gilead, Sanofi, Pfizer, Regeneron, and Vir!