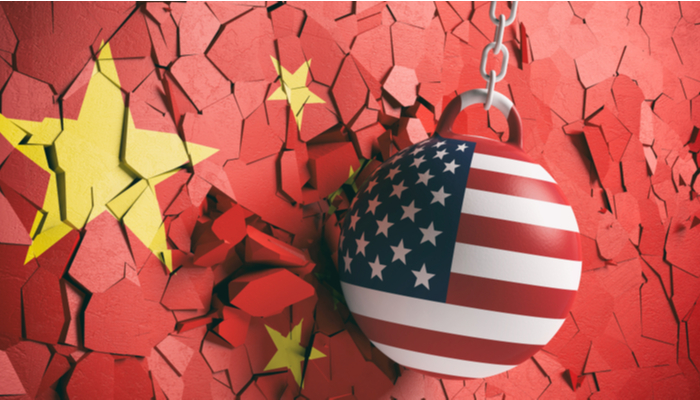 A new trade war could be happening between the U.S. and China.

After President Trump and his Chinese counterpart signed Phase 1 of a deal meant to put an end between the trade war between them, another was is in sight. Due to current events happening in China, and expanded all over the world, the U.S. feels entitled to step in.

Just two days ago, the Chinese State Councilor Wang Yi, at his annual news conference, stated that the relations between China and the U.S. are in jeopardy close to a “new Cold War.”

The fact that China was the starting point of the pandemic is not helping. The U.S., alongside Australia, called for an investigation regarding the origin of the virus. Over time, both President Donald Trump and the Secretary of State Mike Pompeo have marched on China's lack of transparency regarding the outbreak believing that the virus was leaked from the laboratory. The Chinese government continuously rejects this idea, and it considers it to be a "fabricated rumor" made to "stigmatize China." As a sign of good faith, "China is open to working with the international scientific community to look into the source of the virus."

Besides the virus, the relation between the two countries could deteriorate even more over Hong Kong's autonomy. The Chinese government is trying to impose a law that will reduce the autonomy of Hong Kong. On Friday, the American Department of Commerce announced that it would sanction 33 Chinese firms and governmental institutions for human rights abuses. The U.S. will take action against the Chinese Ministry of Public Security's Institute of Forensic Science and Aksu Huaku Textiles. Among these companies, some will be subject to restrictions from exports.

At a global level, more than 200 politicians signed an open letter against the anti-sedition bill.

Yesterday, China urged Washington to revoke the export sanctions imposed on Chinese companies, as the conflict regarding security, technology, and informational espionage deepens. The battle gets more intense as the U.S. imposed controls of companies believed to obtain goods that have potential military uses. Moreover, the measures against Huawei expanded, as it is considered a threat to national security.

According to specialists, one commitment that China took on phase one was to purchase U.S. goods and services worth $200 billion until 2021. The pandemic made this hard to achieve.

Stay updated with the latest financial news!Register now and see what Capex has to offer!