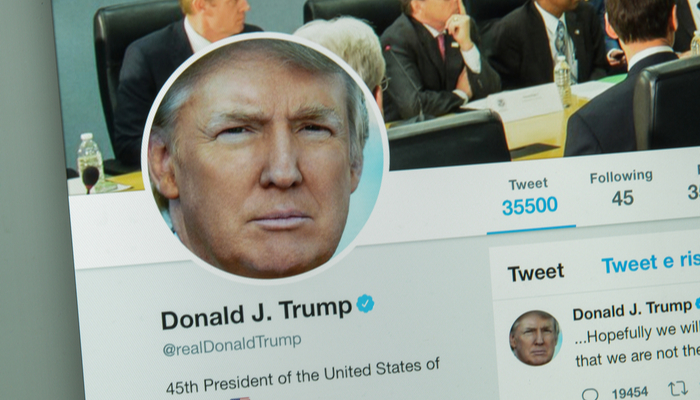 Can social media be censored?

President Trump became once again a subject of controversy as today he is to sign an executive order about social media. The document presumably will cut the legal protection that Twitter, Google, and Facebook have for being held liable for what people post online. If signed, the companies could be held responsible for censoring freedom of speech.

It all started just a few days ago when, for the first time, one of Donald Trump's tweets got a Fact Check link, when he wrote about mail-in ballots proposed for this year's elections. The President publicly accused Twitter of interfering in the 2020 election, in ironically, a tweet "Big Tech is doing everything in their very considerable power to CENSOR in advance of the 2020 Election. If that happens, we no longer have our freedom. I will never let it happen! They tried hard in 2016 and lost. Now they are going absolutely CRAZY. Stay Tuned!"

According to him, the Republicans feel that they are not heard, as social media platforms try to shut them down. But this is not the first time when Republicans march on this idea, even though experts proved that the Silicon Valley companies don't "deliberately limit the reach of conservatives.”

But the Fact Check link shouldn't come as a surprise for users, as Twitter's CEO said last year that the company would ban any political ads. On top of that, the company applies a label to tweets “containing synthetic and manipulated media." Since March, it has warnings when it comes to news related to Covid-19.

On the other front is Facebook, whose CEO believes that social networks shouldn’t fact-check politicians, and the world should see what they say about different matters. Zuckerberg’s statement clashes with the fact that his company uses fact-checkers that review what people post on his platform. Yet again, he allows politicians to put ads on the platform, although some might have inaccurate information. Despite that, no one can post something that can cause violence or harm to themselves or other people. Overall, Mark Zuckerberg is not in favor of such a law.

Over time, many tech companies came into public attention for anti-competitive practices and violation of privacy. Federal authorities, alongside the state ones and the US congressional panel, brought antitrust evidence against Apple, Amazon, Facebook, and Google.