U.S. House approved a $1.5 trillion infrastructure bill. The future of the U.S. economy is uncertain 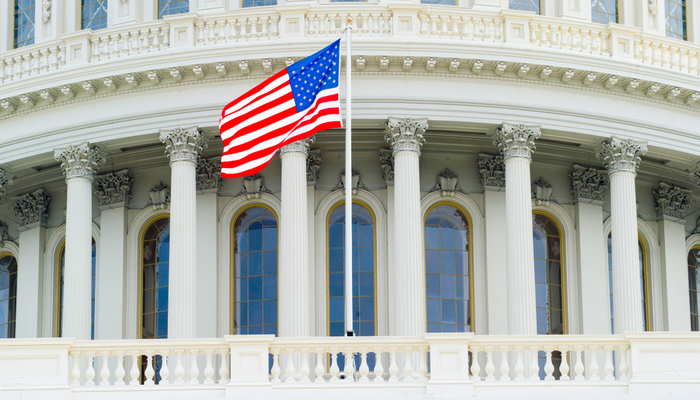 The U.S. debt rises as more money is poured into infrastructure.

The bill came into focus last month as part of Trump's election campaign plan. From his point of view, the time is right to do so, as the low-interest rates made it possible to borrow money to cover such a bill.The plan is to be accomplished in five years. The funds will be used to "rebuild the nation's crumbling infrastructure" by pouring billions into roads and bridges fixing, transit systems, expansion of interstate railways, ports, harbors, and channels.

More than $100 billion will be for providing internet access to rural areas and beggared communities. The U.S. Postal Service will be brought up to date with an investment of $25 billion, and the modernization will also consist of a fleet of electric vehicles. Another $130 billion is for high-poverty schools that endanger the health and safety of students and staff. More than 2 million jobs will emerge from the school sector alone.

But while the Democrats are happy with the outcome, Republicans are moving in the opposite direction as this bill adds $1.5 trillion to the nation’s debt and disguises a heavy-handed and unworkable Green New Deal regime of new requirements as an ‘infrastructure bill,'” in the words of Sam Graves, the top Republican on the transportation panel. Moreover, Senator John Barrasso thinks that “the House Democrats’ infrastructure bill is a dead end and has no chance of becoming law. It’s a road to nowhere.”

The bill comes when the Fed is revisiting the idea of continuing to keep the interest rates low. The policymakers want to keep it like this until certain conditions are met, and this to be a way for the economy to recover rapidly from the Great Recession stage caused by the pandemic. Their goal is for inflation to reach or even exceed 2%.

Still, the future of the U.S. economy is unclear, as the number of unemployed people surpassed 30 million, and some states have postponed reopening due to the second wave of infection.