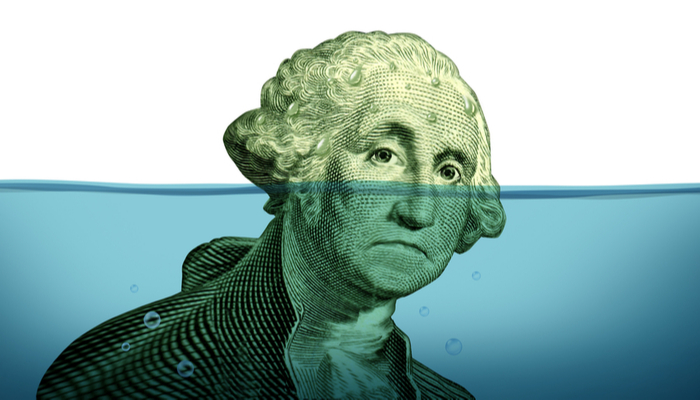 The state of the American economy reached WW II levels.

As the pandemic’s effects became more and more visible on each country’s economy, the governments started to take measures to tackle those. But as time goes by and more money is being injected in the economies, effects began to show. Now, the US happens to find itself in a situation like this.

The latest data from the Committee for a Responsible Federal Budget shows that the federal debt could go as high as $4 trillion this year. It is one side effect of the $2 trillion CARES Act approved in March made to pay for unemployment benefits and the bailout of businesses. The government also spent roughly $3.5 trillion on aids for states, cities, and hospitals.

Moreover, according to the Treasury Department, the deficit increased by another $1.88 trillion in eight months – double that for the entire 2019.

Also, the stock market lost some value - $110.8 trillion, but it managed to recover some of the March losses. The household debt rose 3.9% due to a 3.2% mortgage increase, while the consumer debt rose 1.6%.

The Republicans tried to address the situation by rejecting a new stimulus package worth $3 trillion that could have been added to the already massive debt. The Republican Senate Leader, Mitch McConnell, stated in May that "We now have a debt the size of our economy. That hasn't happened since World War II."

Things might change, as President Trump marches on the idea of another stimulus package meant to help the infrastructure. People familiar with the matter think that the stimulus could vary between 1 to $2 trillion. The money would be used to maintain, repair, and build roads, bridges, and 5G wireless infrastructure and rural broadband. But the administration's plan is fighting the House Democrats' one: a $500 billion proposal to renew the infrastructure for the next five years.

More about the matter will be discussed at a White House meeting on Thursday.