Read our guide to stocks in the Dow. We’ll reveal the 30 stocks that make up the Dow Jones Industrial average and show how you can buy CFDs in them at CAPEX! 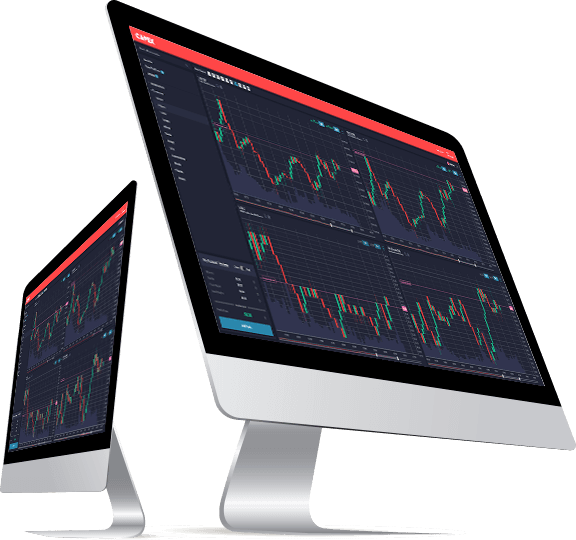 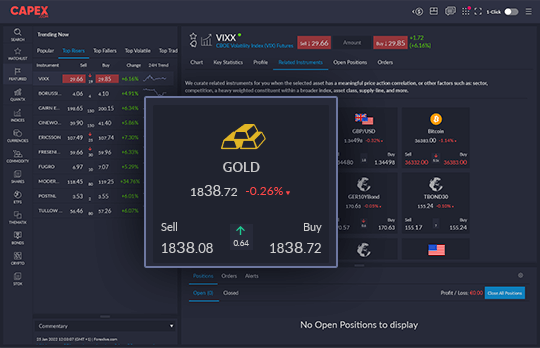 What are stocks in the Dow? - Trade them at CAPEX

Stocks in the Dow commonly refers to stocks from companies featured in the Dow Jones Industrial Average. This is an index of prominent companies that feature on the stock exchange. The Dow Jones Industrial Average is one of the oldest equity indices and it works in a different way from other indices like the NASDAQ and the S&P 500. The Dow covers 30 stocks from all major industries in the US except for transportation and utilities. The Dow has separate indices for transportation and utilities stocks.

All of these stocks can be traded through CFDs at our CAPEX online broker site. At CAPEX, you’ll be able to trade more than 2,000 CDFs on stocks, including the most popular ones. It’s never been easier to buy or sell stocks in the Dow!

Stocks in the Dow must meet certain criteria such as being US-based, having a good reputation, and enjoying sustained growth. This means that each of these stocks has been seen to be reliable and that the companies should be a legitimate investment choice. As such, we have made sure many stocks in the Dow can be traded in the form of CFDs at our CAPEX commission free trading platform.

CFDs means that you can benefit from the rise and fall of the Dow stocks without having to actually go through the process of buying the actual stock itself. All of which give you a quick and easy way to trade stocks in the Dow. 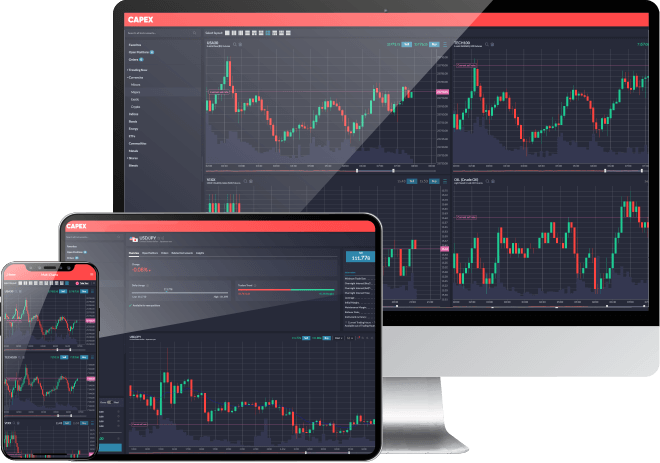 What is the Dow Jones Industrial Average?

Why are stocks in the Dow interesting?

Each of these stocks will have been checked for key features such as good reputation, and it must also help the Dow ably represent the diversity of the US economy. As such, you can come to CAPEX and know that buying a CFD in one of the stocks in the Dow is a reasonably safe decision. Just remember that buying a CFD is different from actually owning the asset. Similarly, you can also invest in the price movement of the entire Dow index itself. 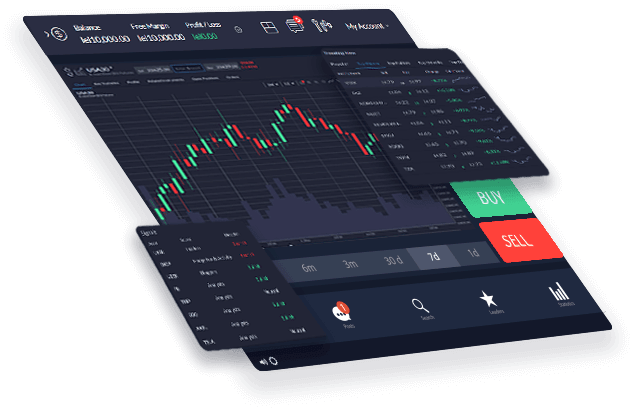 Which 30 stocks are listed in the Dow?

There were originally just 12 stocks in the Dow, but this number has grown to include stocks from 30 different companies. These don’t just feature traditional ‘industrial’ stocks, but include stocks from many different sectors. The only exceptions are those stocks that are in the transportation and utilities industries. Stocks in the Dow include household names like Coca Cola, and more stocks are added every few years. DowDuPont was the latest addition to the Dow being added in 2017, while Procter & Gamble has been present since 1932.

What does it take to be a Dow stock?

Stocks in the Dow are carefully scrutinized by S&P Dow Jones Indices before they are included. This means that they have to fulfil several key criteria. The first thing is that the company issuing the stock must be incorporated and have its headquarters in the US. In addition to this, the company will have to have the majority of its revenues coming in from the US.

A stock’s selection will have to help the Dow reflect the overall US economy, so that there wouldn’t be too many manufacturing or banking brands, for example. The stock should also be capable of attracting a significant volume of investors, and above all, enjoy sustained growth over the long terms. There would also be background checks to ensure that the company issuing the stock has a faultless reputation. After these checks had been approved, then the company would see its stocks in the Dow. You can explore more about those stocks at CAPEX.

When it comes to your money - it's priceless.

An investment in learning how to trade always pays the best dividends. Get access to the right resources, tools and information so you can trade with all the information available!

What are the best yielding stocks in the Dow today?

Any company that has been selected for the Dow Jones Industrial Average usually represents a solid investment target. Not only have all of these companies been selected as a result of being ‘blue chip’ stocks, but many of them will be part of the S&P Dividend Aristocrats list. These are those stocks that are highly regarded for paying out dividends at least once per year over the past 25 years.

As a result, many people will choose to invest in Dow stocks like Coca Cola, Johnson & Johnson and Procter & Gamble as a result of the high dividend yields. The good news is that we, at CAPEX, give you direct access to being able to trade CFDs on all of the best stocks in the Dow. This means that you don’t have to go through the hassle of actually buying McDonalds or Walmart stock, and can instead just benefit from their stock price movements. 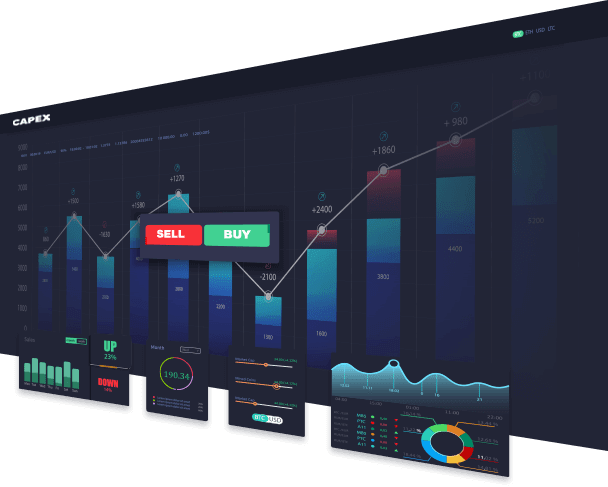 Can you invest in the entire Dow Jones Industrial Average?

Remember that ETFs and indices can all be easily traded at CAPEX. These assets form just a fraction of the hundreds of CFDs that we feature. All of which give you a quick and easy way to invest in the fluctuations of the market. 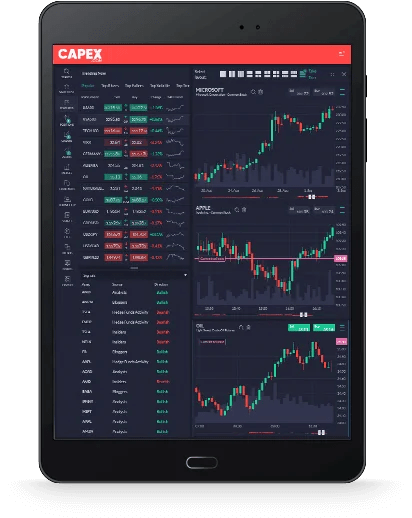 The great thing about CFD trading online is that you can do it anywhere there is a secure internet connection. Inevitably, this means that mobile trading has proven particularly popular as traders can conveniently open and close positions from their mobile or tablet as and when it suits them.

Discover the functionality to ...

No fees for opening and closing positions

Trade with and without leverage (StoX)
Start Trading Now

What is the difference between the Dow and S&P 500?

Both the Dow and the S&P500 offer a large scale picture of the health of the US stock markets. The S&P 500 is larger than the Dow and it also uses a different way of calculating the movements of its index. The Dow is a price weighted index which means that the higher stock prices have a bigger impact on the index’s calculation, and it also accounts for things like stock split and dividends.

Conversely, the S&P 500 is a market capitalization index which basically means that it is the companies with the highest valuations that have the greatest bearing on how the index is calculated. Both indices are therefore helpful for guiding your online trades, and besides stocks in the dow, you can also trade stocks in the S&P 500 as CFDs at CAPEX.

Reasons to be careful when trading stocks in the Dow

We’ve gone to great lengths to state that any stock on the Dow Jones Industrial Average is only there because it has demonstrated sustained profits. However, there have been numerous crashes of the Dow Jones in recent times. After all, March 2020 saw nearly 13% wiped off the value of the DAW. Prior to this, the economic crash of 1987 gave the Dow its largest daily percentage loss of 22%.

As such, it’s just another example of how all investments are risky. The key is therefore to make sure that any investment made is done as part of a balanced portfolio. Thankfully, our CFD WebTrader platform at CAPEX.com gives you an easy way of doing this. After all, you don’t have to go through the time-consuming process of buying the stock itself, but can simply benefit from the rise or fall in the stock’s value.

Conclusion – Come to CAPEX and invest in stocks in the Dow

Anyone who is serious about online trading will pay attention to stocks on the Dow. After all, these are all blue chip stocks that come from the biggest brands in the US. This means that you can invest in these stocks and know that they are a relatively safe option.

Of course, any kind of stock market trading is susceptible to risk, but we, at CAPEX, offer you a fast and simple way to trade CFDs for the Dow. These come in the form of CFDs for individual stocks or even the whole Dow index itself. So register your account at CAPEX and enjoy trading stocks in the Dow.

Stocks In The Dow – FAQ

🤔What are the 30 stocks in Dow Jones?

Read our guide to see which are the 30 stocks in the Dow at the moment. By reading this guide, you’ll be well placed to know which are some of the most trusted brands in the US for stock trading. Don’t forget that we are the best CFD online broker so that you can simply trade on the value rises or falls of each of these stocks or even indices like the Dow Jones itself.

⚡What is the Dow stock forecast?

Check out our guide to stocks in the Dow to see how you can forecast the future performance of this index. We’ll cover the basics of how stocks are selected for the Dow Jones, and cover why these brands offer you plenty of stability. Plus we’ll reveal how you can even trade CFDs in these stocks at CAPEX so as to benefit from the stock market fluctuations.

👀Where can I find a Dow 30 stocks list with dividends?

Most online traders will want to see which are the 30 stocks in the Dow that have dividends. After all, these are some of the stocks with best dividends because they pay out very frequently. So read our guide where we’ll reveal the Dow 30 stocks list and show you how you can invest in these brands thanks to our simple and secure CFD trading platform.

Check out our guide to stocks in the Dow and you’ll quickly understand why these assets are of such interest to stock traders. We’ll cover what these stocks are and how they vary from stocks in the S&P 500. From here, we’ll walk you through how you can trade in the rises and falls of the value of these Dow stocks through our quick and easy CFD trading platform.

✅What are the stocks in the Dow Jones transportation index?

When most people talk about stocks in the Dow, they are usually referring to the Dow Jones Industrial Average. However, it’s important to note that there’s also a Dow Jones Transportation Average and a Dow Jones Utilities Average. Read our guide to see how these indices differ, and how you can take advantage of the best-performing Dow stocks at CAPEX. 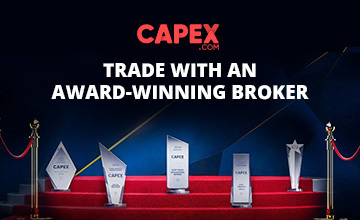