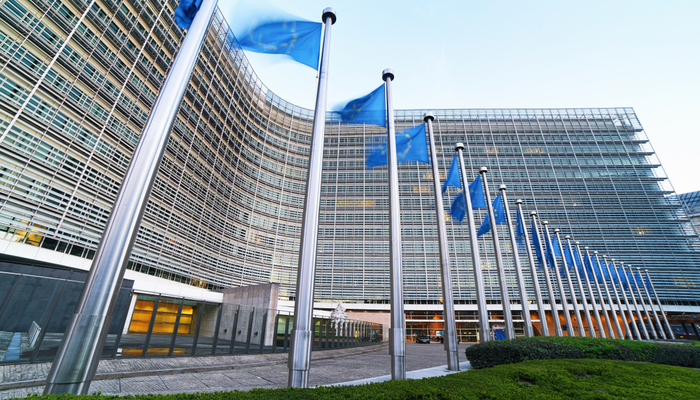 The European emergency fund is almost in place

The trading day began with a healthy boost of optimism that came from the President of the European Commission, Von der Leyen, of a 750 billion Euro virus rescue fund.

This is a proposal that needs to be approved by the European Commission and the parliaments of each country. Still, everything indicates that the so-called "frugal countries" have made concessions in their positions, and the approval of the stimulus package is nearing by.

The fund consists of up to 500 billion Euros that will be granted to the countries and will come out of the EU budget to issue mutual bonds. This point is crucial because it represents a significant step towards Europe's fiscal union, and the market takes it as a sign of strength for the single currency, according to most market analysts familiar with the matter.

The rest, 250 billion, will be used as loans under certain conditions. The program has been called "Next Generation EU," and the countries that will receive the highest amount will be Italy and Spain, the two most affected by the pandemic.

The immediate effect of the announcement of this proposal has been the strengthening of the Euro across the board, falls in the yields of peripheral bonds, particularly Italy, and rises in the European stock markets.

Germany30 rose more than 1.5% above the 100-day SMA and the 0.618 retracement of Fibonacci at 11590. A daily close in this area paves the way from a technical perspective for further gains to the next resistance at 200-day SMA at 12090, say market analysts. 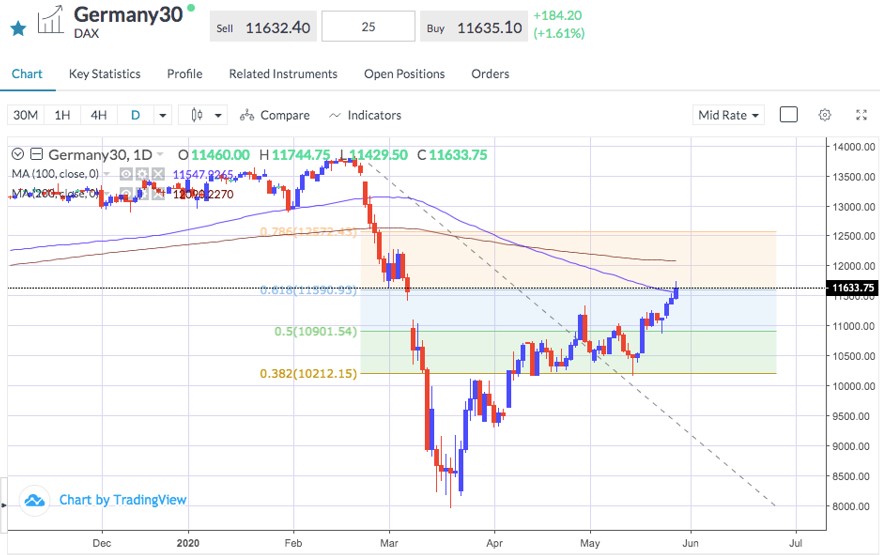 EUR/USD has tried again to overcome the barrier at 1.1000-1.1020 driven by the good news, but a stronger Dollar has prevented it.

The Dollar has remained strong throughout the session mainly due to a return of risk aversion reflected in the behavior of the North American indices, all of this despite the measures proposed by the European Commission.

North American stock markets have been unable to sustain initial gains, USA500 struggling to stay above the 200 days SMA at 3008, and TECH100 has had the second day of losses.

We witness one of the few occasions when the North American and European indices are decoupled. The reasons for this weakening bullish momentum in American indices, beyond purely technical reasons, are the uncertainty that still exists regarding the evolution of the pandemic in the United States, and its relations with China.

The behavior of COPPER gives a clear example of this situation.

The raw material, whose price is directly related to the evolution of the economy as it is the primary metal used in industrial processes, has suffered falls in recent days. In today's session, the losses have come to exceed 2%.

COPPER maintains a high level of correlation with the North American indices and sometimes acts as a leading indicator, as it does today, say analysts. 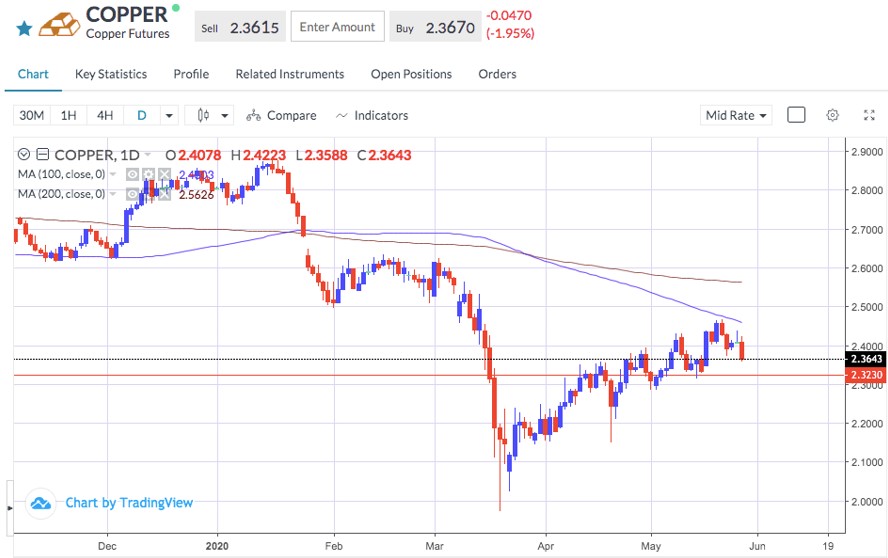 AUD/USD is also a currency pair whose evolution is linked to the growth and development of commodities. In today's session, it has fallen more than 1%, having previously encountered resistance at the 200 days SMA at 0.6659. It has intermediate support at 0.6486 100 days SMA that needs to be drilled to end the current uptrend. 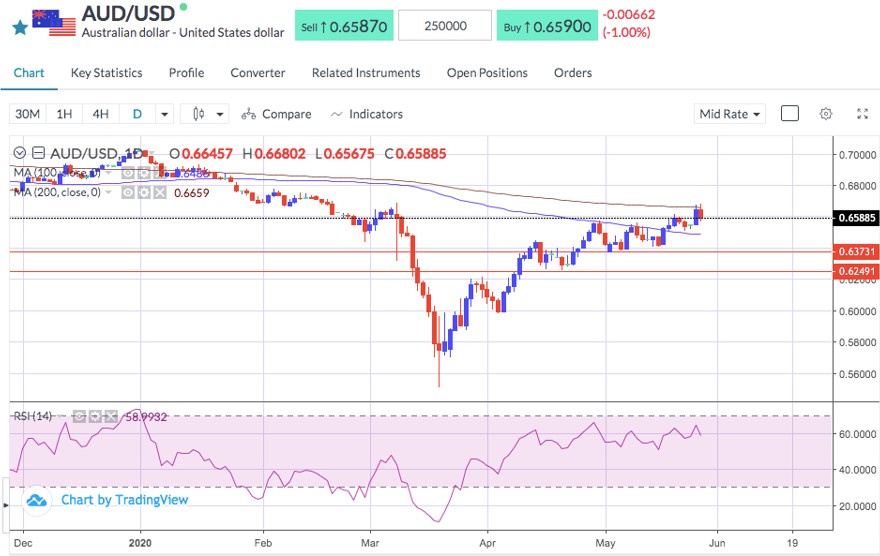