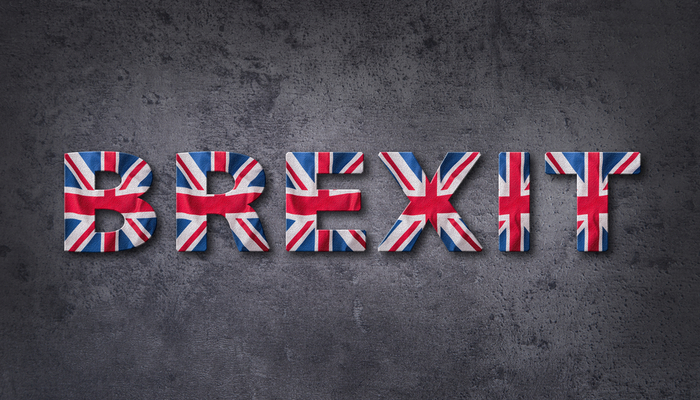 The British Pound under immense scrutiny over Brexit negotiations

The Bank of England left interest rates and its asset purchase policy unchanged, as expected.

Its statement declared that it does not intend to tighten its monetary policy any time soon.

Although the BOE recognizes that the latest economic data shows a somewhat higher recovery level than expected, this data is nothing more than immediate figures from an initial collapse caused by the pandemic and that these need to be sustained over time to be considered a more structural trend.

The assessment of the current economic situation by the BOE is mixed, with an upgrade of the growth forecast for this year concerning the last estimates.

This is based primarily on high-frequency indicators such as spending, but also with business investment still very weak and an outlook for the labor market unfavorable due to the expected increase in unemployment.

The main issue for the market is whether these statements are sufficient to rule out further interest rate cuts or volume increases in the asset purchase program soon.

With the country still with zones in lockdown and the possibility of expanding them and the government program to support jobs in its final stage with no projections of prolongation, the outlook is not encouraging.

We have to add the main element of uncertainty, which is the growing risk that an agreement will not be reached for the United Kingdom to leave the European Union.

Talks will be resumed in this regard in September, but the positions of both delegations are entirely far away, and they do not show a willingness to approach.

A non-deal-Brexit would be a massive blow to the British economy.

Before it occurs, the Bank of England would have to act preventively with more expansive monetary policies than they currently maintain. There would even be the talk of negative interest rates again, something that in the meeting today, Governor Bailey has ruled out soon but not definitively, calling it one more tool that the Bank of England could use.

The Sterling Pound has reacted to the rise after learning about the BOE's decision to keep its monetary policy unchanged (something expected by the market) but mainly due to its more positive assessment of the economy recent data.

But once the situation has been analyzed in-depth, and with an outlook that is still unstable, the British currency has started a downward correction movement that has erased much of the gains.

GBP/USD, a currency pair that due to its USD component with a bearish perspective would have a less pronounced downward path with an eventual fall in the Pound Sterling, has stopped its bullish movement at the same level reached on July 31, which points to a theoretical double top if the upward movement does not continue.

The RSI of the 4h chart also shows signs of fatigue in what could turn into a bearish divergence. 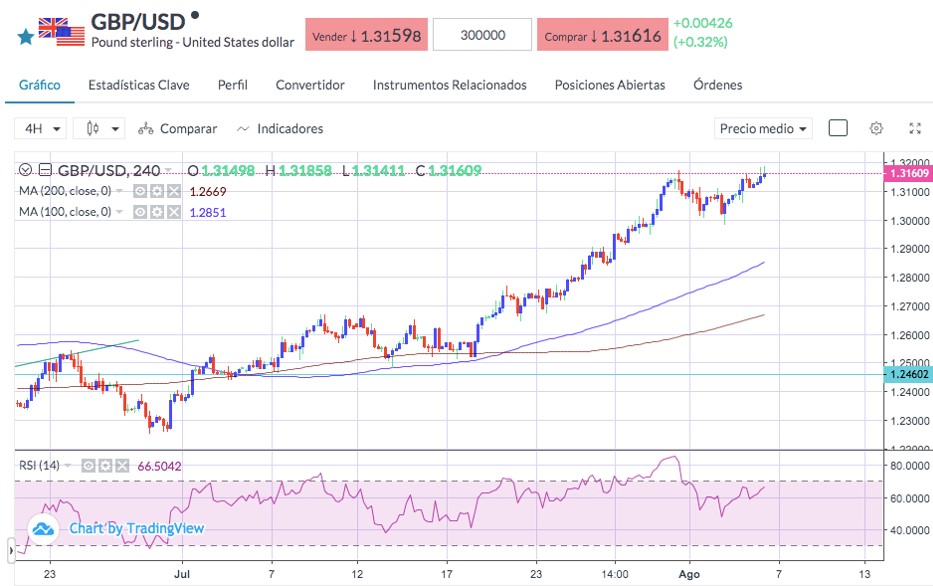 GBP/JPY has failed to break above the highs previously reached in the 1.3920 resistance zone, and in the same way as GBP/USD, the RSI of the 4H chart shows signs of exhaustion of the upward movement. 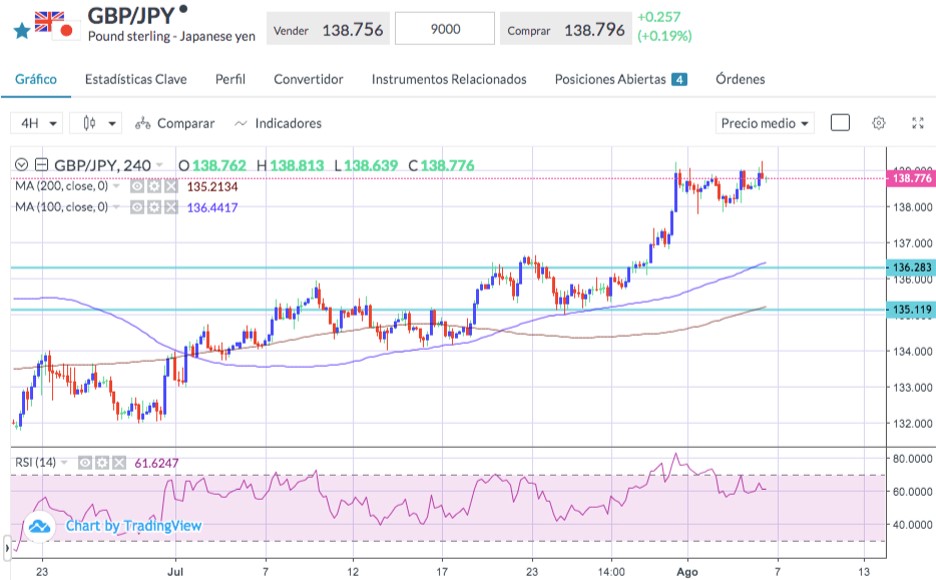