Economy at a crossroads, waiting for central banks to intervene – Market Overview 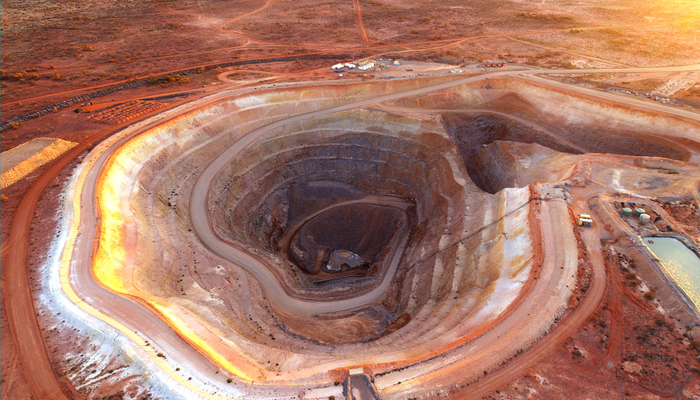 The world economy is beginning to show obvious signs of slowing down.

After a period of sudden recovery after the beginning of the crisis, motivated by the rapid and aggressive response of the central banks, the economies are losing momentum due to the drops in activity in the service sector and the decline in consumption.

The ball is now in the court of governments that fail to implement the fiscal stimulus measures that the market awaits with interest and that are indispensable for returning the market to the risk-on mood.

More specifically, the stimulus package announced in the United States has not yet been implemented due to the lack of agreement between the two North American parties. Most probably, the deal will not arrive on the eve of the North American elections that anticipate one of the most confrontational electoral campaigns in history.

The economic figures published recently have not managed to exceed and, in some cases, nor reach the expectations of the market, as shown by the Economic Surprise Index. 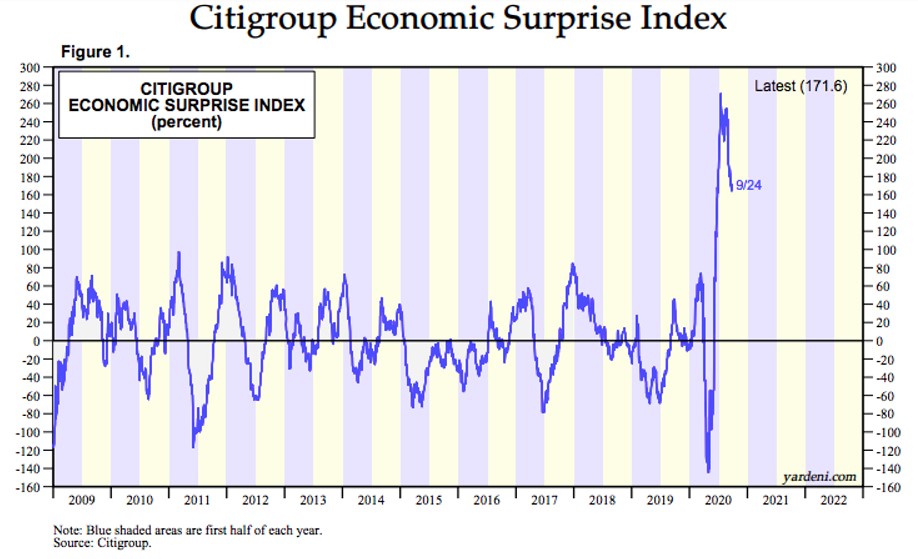 The Economic Surprise Index is an index prepared by Citigroup USA. It is an objective and quantitative measure of economic news. It is defined as historically weighted deviations of data surprises (financial data vs. analyst expectations). A positive CESI reading suggests that the published data has been better than expected (negative means that the actual results have been worse than expected).

As we can see from the graph, from the second half-year the economic data has not reached the expectation of the market.

The result of this scenario is the decline in the stock markets, which, after a sharp fall, are fluctuating day by day with a downward bias.

The metals market as benchmark

And more significantly, perhaps the falls in metals that reflect a slowdown in activity worldwide. COPPER, which is the primary industrial metal and a reliable barometer of the evolution of the economy, has turned around from the rally that began in April and threatens to break down the support at 2.9550, which would open the way to significant losses, down to the 2.7850 zone. 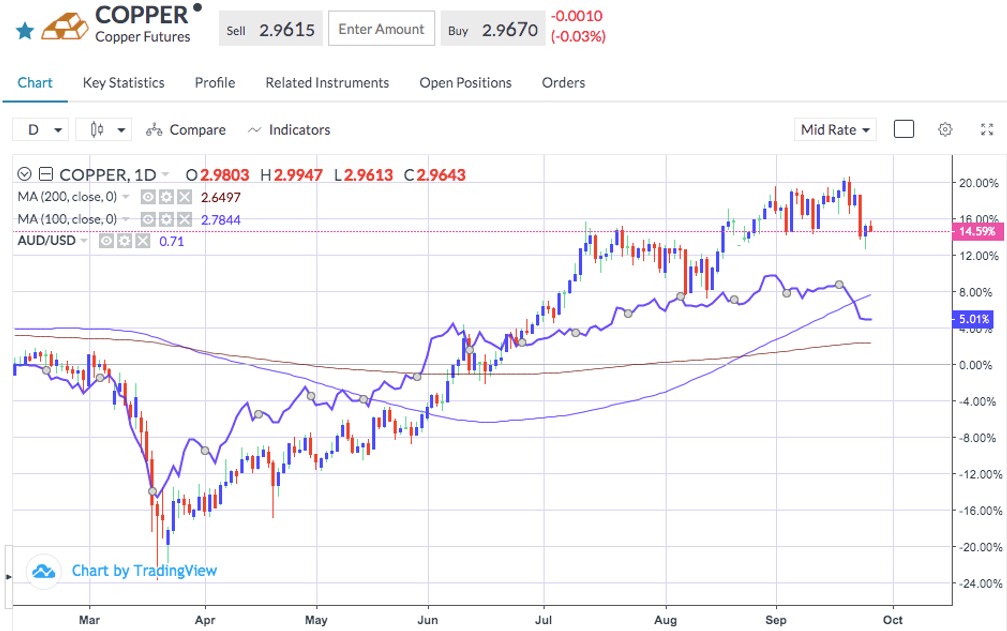 Correlation between COPPER and AUD/USD

Australia is a commodity-producing country. Its economy is exports-based, so the price of its currency is closely linked to the cost of the raw materials the state produces.

The Reserve Bank of Australia meets at the beginning of next month. The market does not expect any change in its monetary policy. Still, a deterioration in the economic situation like the one that is looming could prompt it to cut interest rates, adding further downward pressure to the Australian Dollar. 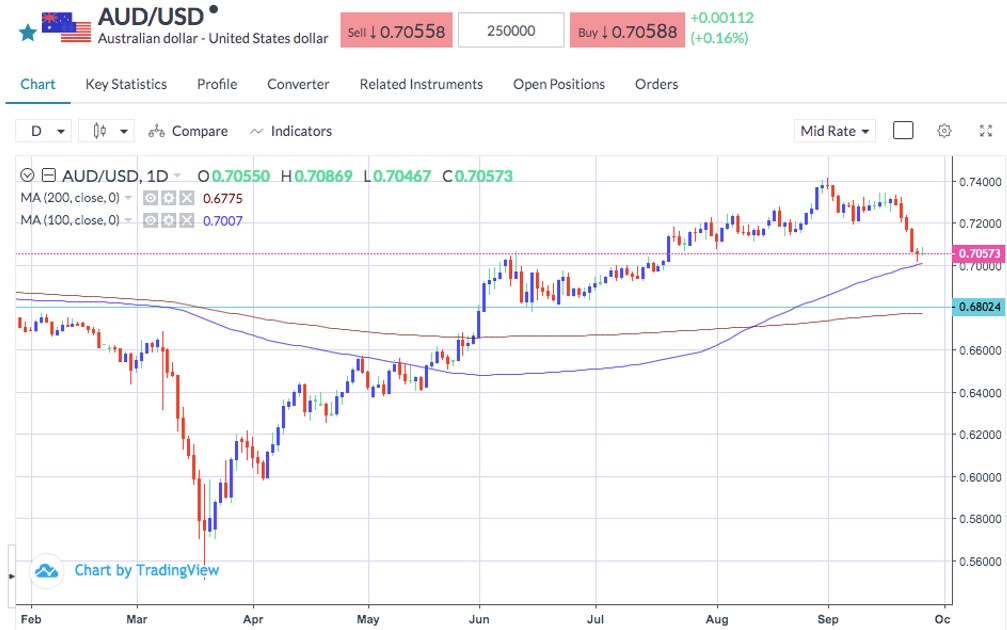 End of the line for the Treasury yields rally? – Market Overview

Stuck in the crosshairs