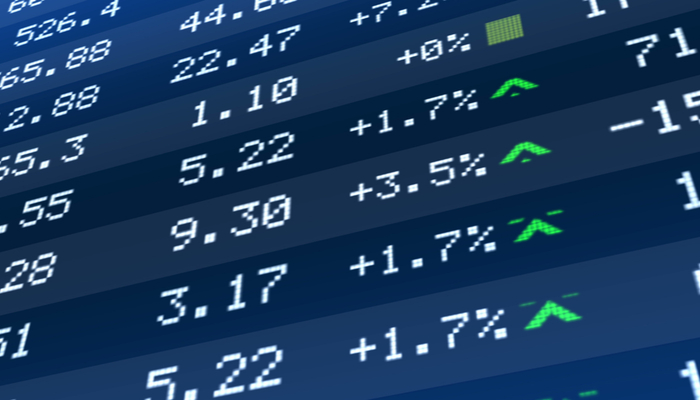 In a new series of edgy declarations, the USA and China jump at each other's throats again

Geopolitical tensions have curbed investor enthusiasm that had experienced a notable boost after the European fund was approved for countering the pandemic's adverse effects, with the issuance of mutualized European bonds for the first time in history.

The US administration has asked China to close the Houston consulate on national security grounds. The Asian country has responded that this is a hostile decision and that it will respond with retaliation. There is talk of the closure of the American consulate in Wuhan.

Unfortunately, these types of actions may occur continuously as the American elections approach.

They can be increased by similar actions taken by the British government, which has already announced that it will prohibit the Chinese company Huawei's participation in the national implementation of the 5G network.

Beyond this factor of concern, which, for the moment, remains only in isolated events without significant significance for the markets, expectations about the recovery of the economy remain high.

The numbers of those infected by the pandemic seem to be under control in Europe.

In the United States, the president, for the first time since the crisis started, has publicly acknowledged the need to take preventive measures in what could be the start of an advance towards effective control of the pandemic in the country.

Stock markets in Europe and the United States had a slightly corrective to neutral performance after the Asian indices suffered losses as news of the political confrontation between the United States and China broke.

From a technical perspective, today can be considered a mere technical correction or consolidation of the strong bullish momentum that has been taking place in recent weeks, which has led indices such as TECH100 to all-time highs.

With the enormous amount of fiscal and monetary stimulus that governments and central banks have deployed to balance the effects of the crisis, most investment professionals and market analysts expect this trend to continue.

After the measures taken by the European Commission with the injection of 750 bln Euros into the European economy, it is expected that the European stock indices (especially those of peripheral countries such as Italy and Spain) outperform the North Americans, which have already largely discounted a V-Shaped economic recovery.

However, Germany30 is also in a clear upward trend heading towards the high levels seen before the crisis in the area of 13,700. 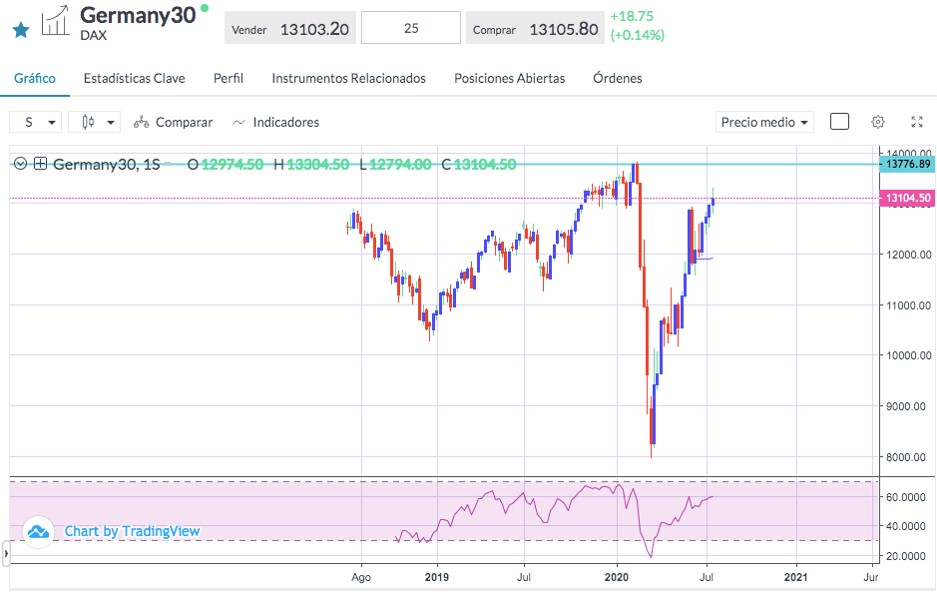 This week is quite empty in terms of economic data. Only on Friday, relevant figures will be published, such as European and US PMIs, that will provide the market with a reliable measure of the degree of recovery of the economy.

These can serve as a new boost to the indices if they show new advances as the forecasts indicate.

In the currency market, it is necessary to highlight the notable recovery of the Euro, which in the case of EUR/USD, has already reached its first target level at 1.1600.

This level represents the 50% Fibonacci retracement of the entire downward leg from February 2018 to April 2020, making it a relevant resistance zone.

But the market consensus points to the continuation of this upward trend with a next medium-term target of 1.1820, which is the 61.8% Fibonacci retracement level of the mentioned downward leg. 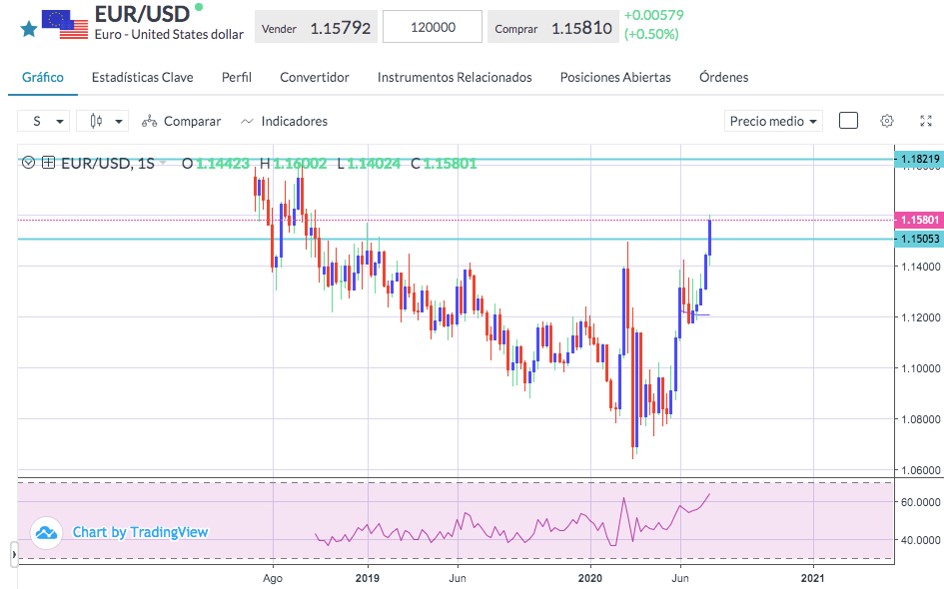