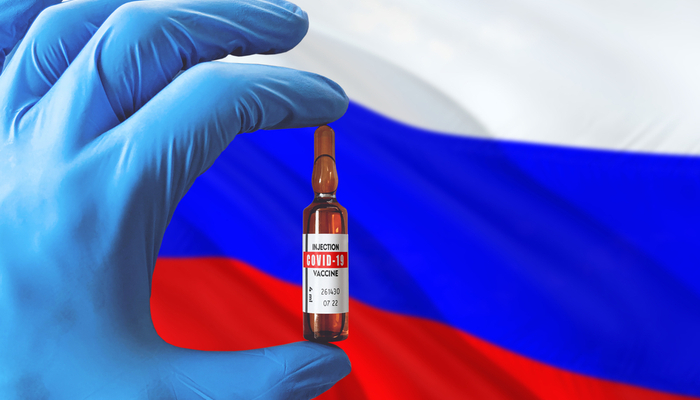 As good news pours in, market sentiment changes for the better

President Trump's statement that he is considering reducing the capital gains tax has been enough to boost the stock markets.

The improvement in the number of hospitalizations due to the virus in the United States and the announcement by Russia that it has already registered a Coronavirus vaccine that will be available early next year has also influenced the improvement of the risk mood in the markets.

However, there is still a high level of skepticism in this regard.

The release of the economic figure for ZEW has also helped improve investor sentiment.

German ZEW economic sentiment far exceeded the market forecast with a published data of 71.5 vs. 58 expected. This figure, a survey carried out among institutional investors and analysts on their estimation of the evolution of the German economy in the next six months, shows an optimistic view of the recovery after the blow received by the pandemic crisis.

German ZEW is usually a good leading indicator and is followed by the market, so the valuable data has been reflected in the Germany30 index with rises that have exceeded 2%. 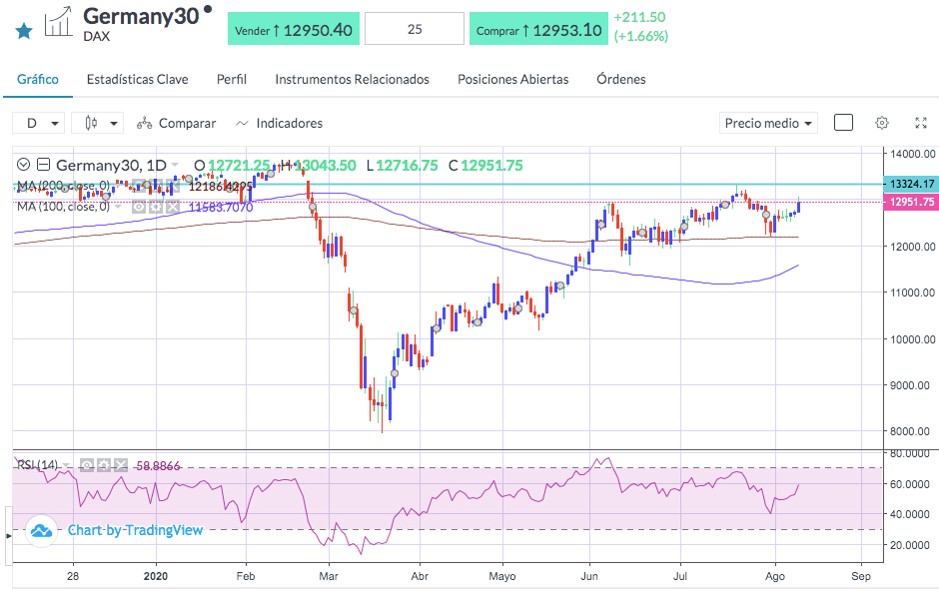 After the correction in its uptrend at the end of last month, the index has resumed its upward path and finds its first resistance at the 13324 level from which it encounters no obstacles until the pre-crisis highs at 13824.

The Euro has benefited from these better economic expectations and, in general, from the increase in market risk appetite.

EUR/USD returned at the beginning of the session to levels close to its current and central support zone around 1.1700, but it rebounded with the data up to 1.1810; through these levels, the 100 and 200 hours SMA pass and are now intermediate resistance levels.

This zone is acting as a containment level for bullish rallies and the pair is expected to remain between these levels and the 1.1700 support. 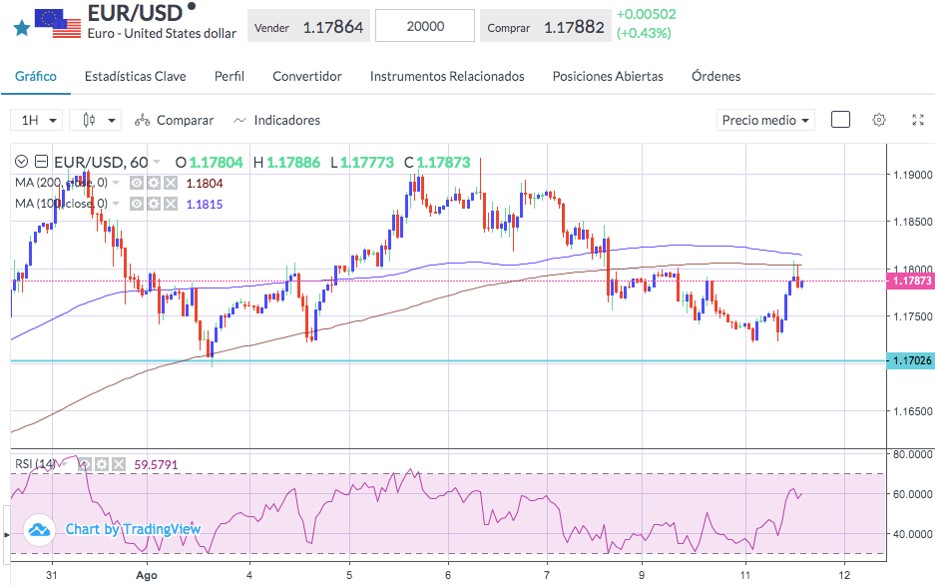 Everything will now depend on the performance of the US Dollar, which, if it continues with its upward correction, as in recent days, could lead the pair to break the 1.1700 support and head towards 1.1600 and even 1.1500. Some significant investment banks recommend in their research short positions for their clients with the stated objectives.

Despite the weakening of the Dollar in today's session, GOLD has experienced a downward correction of some magnitude that has brought it to its first support around the $1985 area.

It is an expected correction given the high level of overbought, after the rally of the precious metal, that could continue to lower levels such as $1955, where the 100 SMA passes on the 4-hour chart, especially if the Dollar strengthens again and undoes today's fall. 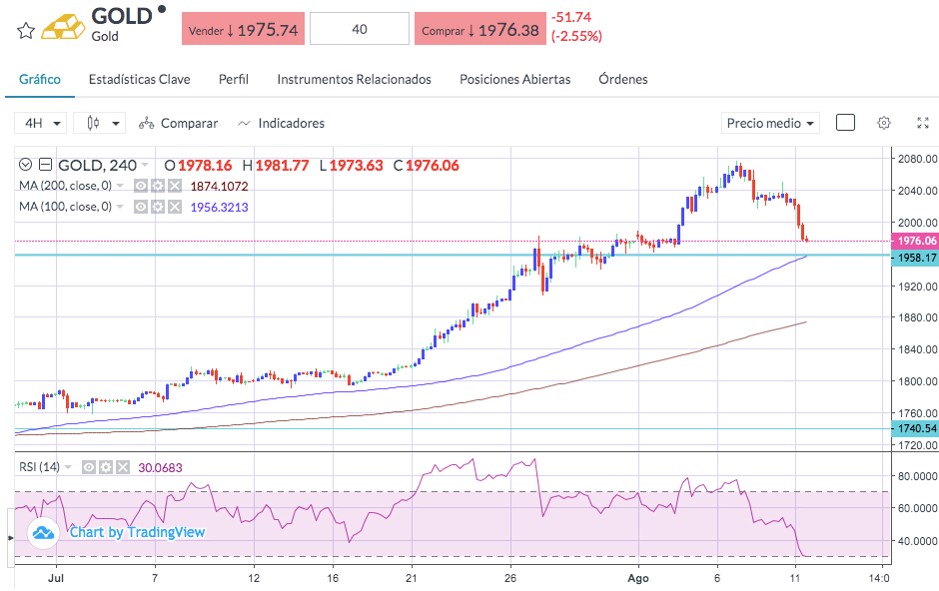