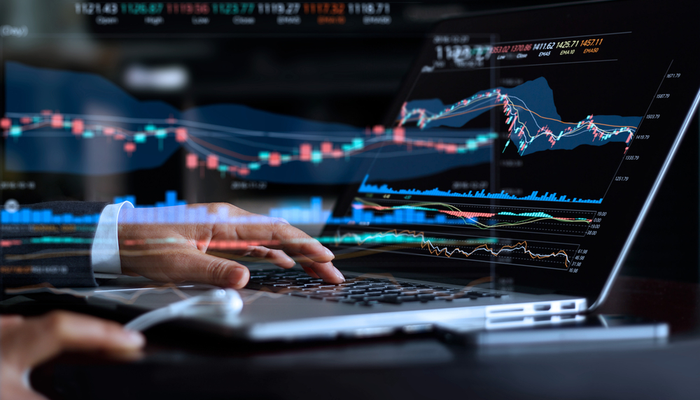 Ukraine did not accept the Russian latest ultimatum, and the bombing of civilian targets in Kyiv continued, so the prospects of an early end to the conflict are now less likely.

At the same time, before the intensification of the Russian attacks, it was revealed that the European Union had met with the North American government to discuss the possibility of a possible energy embargo against Russia. This announcement caused a significant increase in oil price after the black gold experienced downward corrections last week.

WTI Crude rose above 3%. If embargo speculation continues, prices could be heading back to the highs around 130. From a technical analysis perspective, WTI Crude does not find any resistance level that can stop it. 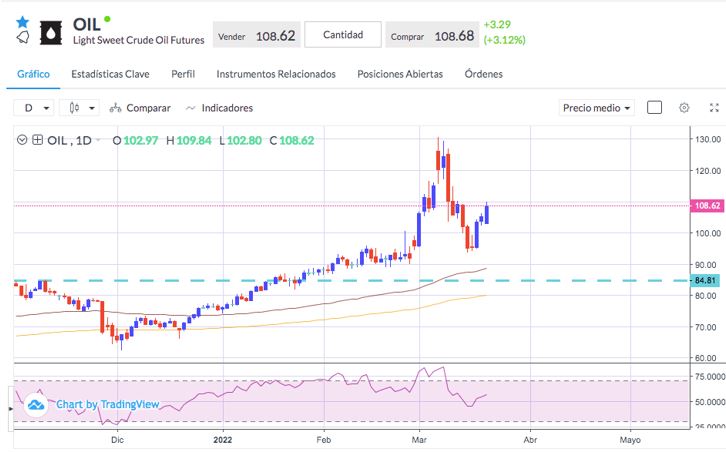 And if that wasn't enough, Federal Reserve Chairman Jerome made some aggressive statements about monetary policy, hinting at another possible 25 bps interest rate hike at the next meeting. President Powell said that if the high inflation scenario required the central bank to change rates, they would not hesitate to act more decisively. He also stated that the Fed would most likely discuss the issue of reducing its balance sheet in May. With these remarks, the Fed Head conveyed an even more "hawkish" message than that last one. Everything indicates that the Federal Reserve is determined to tighten monetary policy significantly.

The immediate result was a rise in the US treasury bond yields, with the 10-year bond Tnote reaching 2.30%, the highest level since 2019. At the same time, the market anticipates an increase of interest rates of 50 bps for May’s meeting.

The US Dollar also strengthened marginally after President Powell’s statements, but the stock markets were the most affected.

US indices fell around 1% after the Fed’s comments were made public, although they later reduced the losses. From a technical standpoint, they remain in a relatively positive scenario, with the DowJones30 having broken above the 61.8% Fibonacci retracement level of the last leg down. 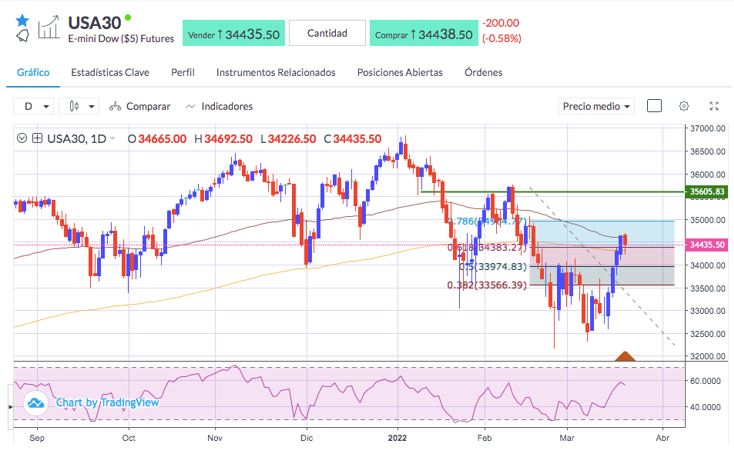