The markets seem to have relaxed after turbulent Monday 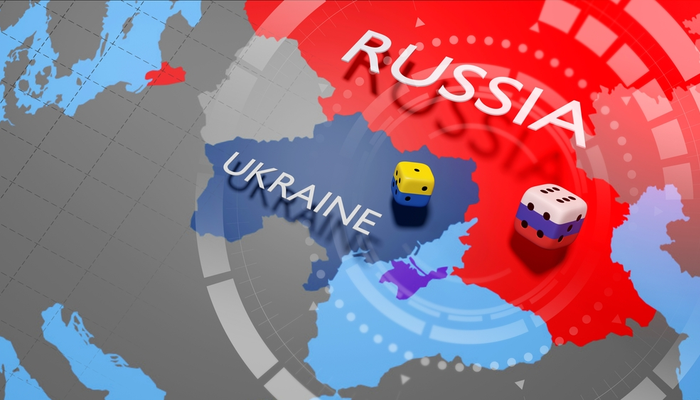 The day after Putin recognized the independence of the eastern regions of Ukraine - which is annexation to Russia - the market seems to have lost its fear.

There has been a lot of rhetoric around the Russian aggression. However, there were only applied light sanctions that only affect second-tier Russian banks, several people with official positions, and the Russian sovereign debt that is not an investment target in Western countries anyway.

In a public appearance, President Biden warned that Putin might go even further, something he has been stating since the beginning of the crisis, and even so, he recognized that he did not take it for granted.

On the other hand, officials of the Russian government downplayed the sanctions, considering them temporary. The danger that still haunts the market is that Russia continues to advance in the Ukrainian territory, as the Russian army could be in the occupied regions from now on. However, at the moment, it does not seem that this is their intention.

The market began to recognize this situation as less threatening during the session, which was reflected in the stock indices that drastically cut the previous day's falls. So, there could be plenty of room to continue the rebound as long as Russia and the separatists do not advance further in Donbas.

One of the measures adopted yesterday was stopping the certification process for the Nord-Stream 2 gas pipeline, which could also be seen as a problem for Germany, whose gas supply depends on Russian gas. It will be interesting to know what solutions are adopted in the future to make up for this enormous reserve of gas supply.

In any case and in the short term, it could lead to an increase in the price of Natural Gas, which at the moment remains stable and below the 100-day moving average at 4.61, a level that acts as resistance. Breaking above this level could pave the way for rallies to the 5.50 area from a technical analysis perspective. 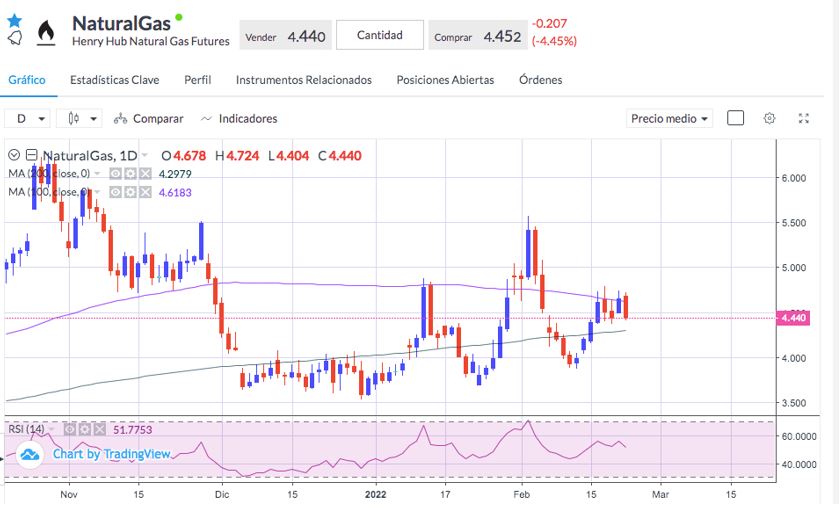 Oil prices experienced a decline due to the decrease in geopolitical tensions.

Brent closed the session with a bearish candle that could anticipate larger corrections because of the triple bearish divergence shown by the daily RSI. 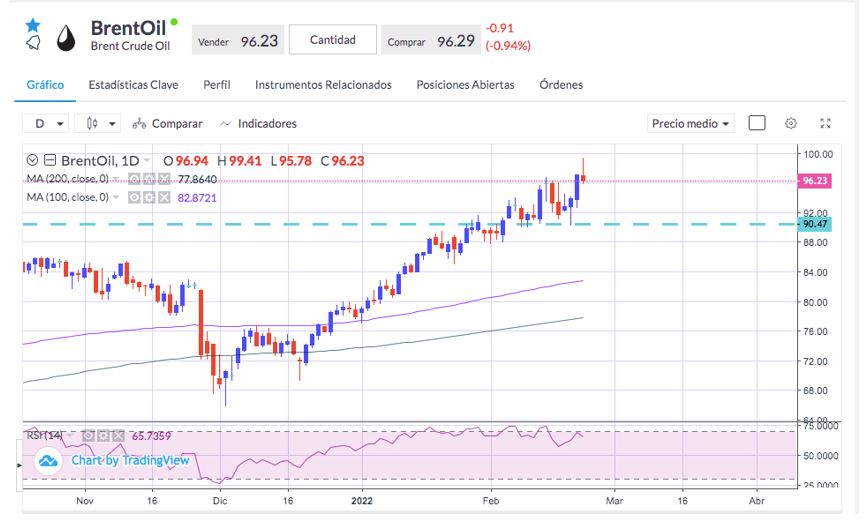