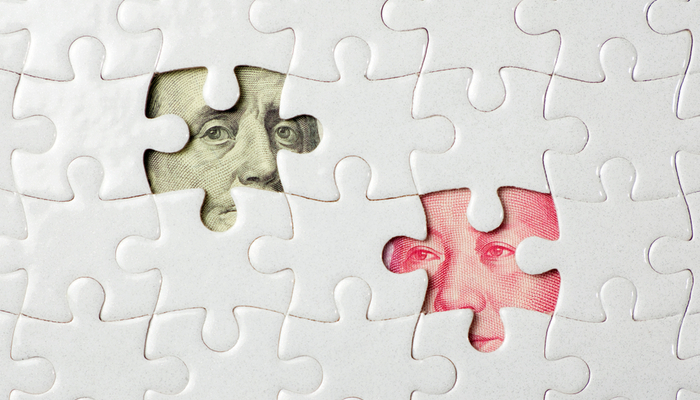 The tension between the United States and China intensifies.

We have learned that the American government prohibits the sale of semiconductor chips to the Chinese company Huawei. The Chinese response has been immediate: they suspended the purchase of planes from Boeing and put American technology companies such as Apple and Cisco on surveillance, in addition to including these on a "non-reliable list".

The stock markets have reacted with losses as soon as the news went public. However, they have subsequently recovered, especially after the publication of the Michigan current conditions figure that has been surprisingly better than expected, 73.7 vs. 68.

However, the market remains in risk-off mode, and given the enormous tensions between China and the United States, the vulnerability persists.

This is one more element to add to the already worrisome economic situation of which the members of the Fed themselves admit that it will have a slower recovery than initially anticipated.

A significant and illustrative figure of the current situation is the Retail Sales April figure, which has plummeted -16.4%. This indicates that, although the reopening of the economy occurred prematurely, consumption habits or, more importantly, consumers' spending capacity would suffer severely due to the pandemic's effects.

The stock markets have finally moved slightly downward, but without further momentum, the risk aversion scenario has been more faithfully shown in the foreign exchange market and GOLD.

The Pound has returned to bearish momentum after breaking a reversal pattern lower, in addition to fundamental reasons mainly focused on the market sentiment on upcoming interest rate cuts by the Bank of England and even with the possibility of negatives interest rates not ruled out by this central bank. The evolution of the numbers of infected and the prompt reopening of the economy doesn't help either. GBP/USD has reached new lows at 1.2113 and continues to have a high bearish potential given the situation of RSI indicators that still do not show any sell saturation. 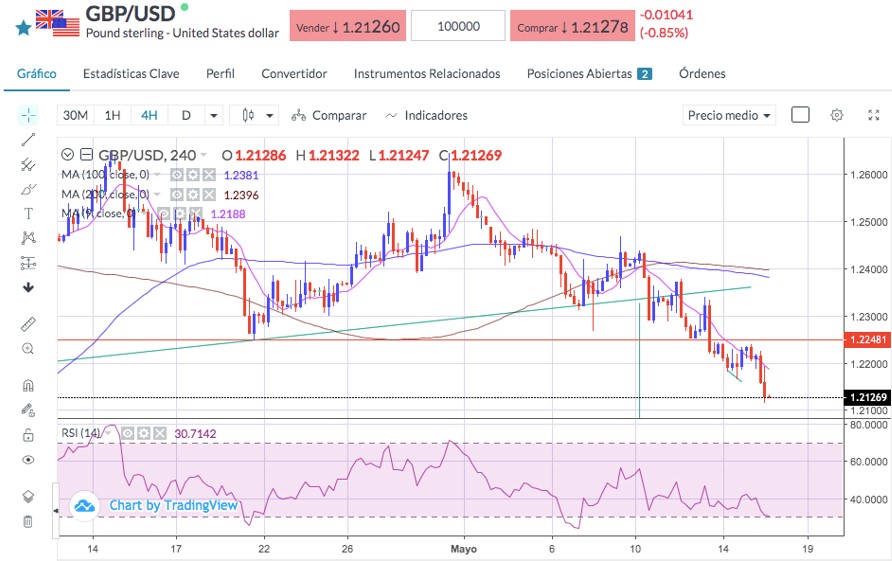 AUD/USD continues its path to the downside started on April 10. As the confrontation with China flares up, the pair will come under further downward pressure given its high dependence on trade with the Asian giant. Although previously, it seemed to benefit from better contagion figures concerning other countries, the deterioration that a trade war of the caliber we are witnessing can cause is more than enough for the Australian currency to depreciate. 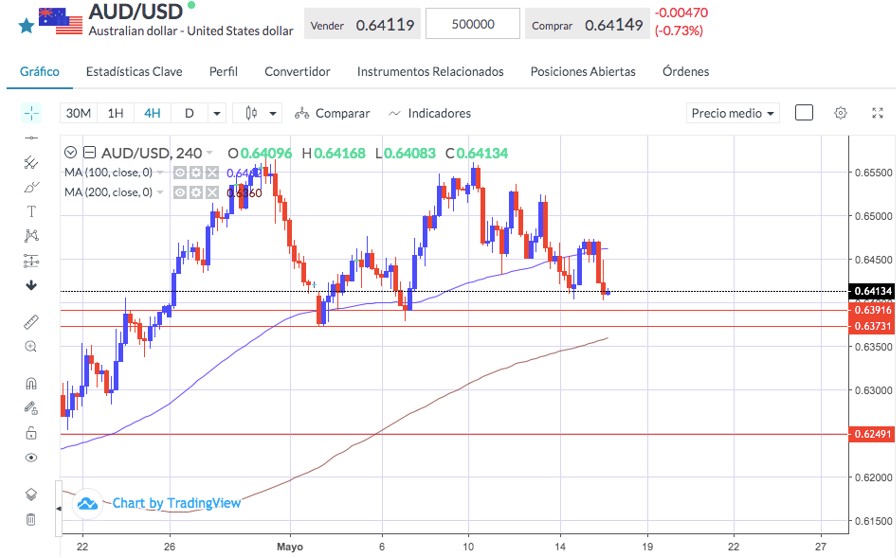 And the GOLD, once again, has benefited from the risk-off situation. The precious metal has managed to break up the continuation triangle forming in recent days, as can be seen in the graph. This break projects potential targets in the $1,790-1800 ounce zone.

The enormous liquidity that the central banks are injecting into the system and even the expectation that they will increase it might give a bullish momentum that could exceed its historical maximums located in $1920 ounce. 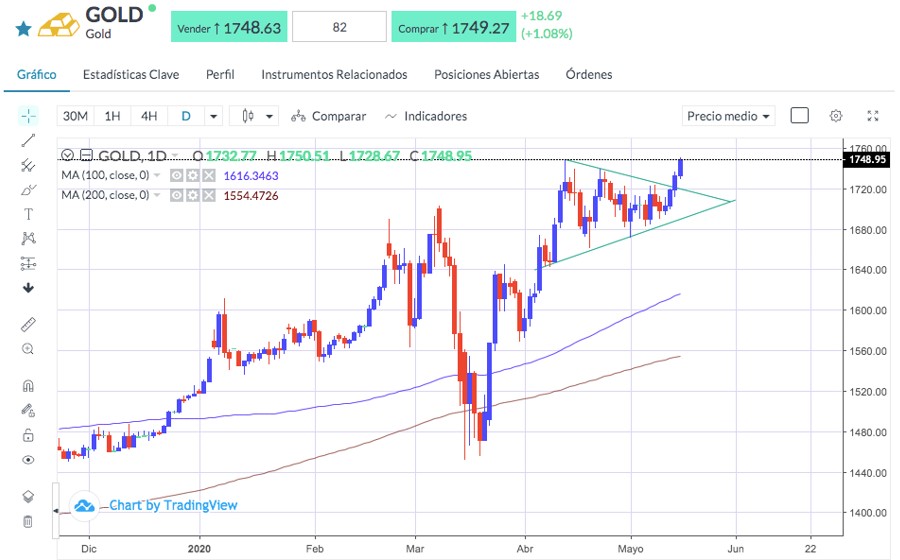