US Dollar returns to safe-haven status – Market Analysis – May 14 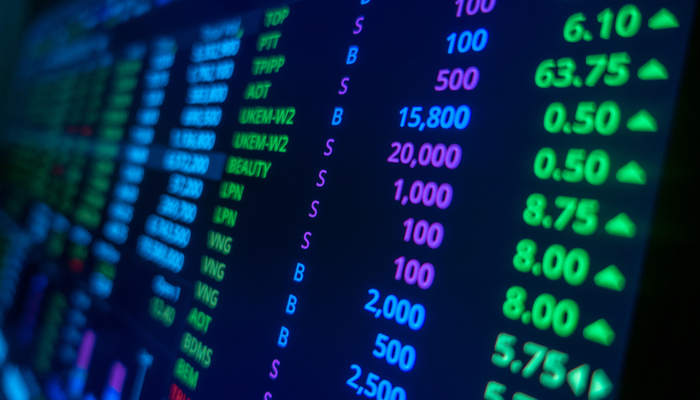 The US Dollar has been bought in the market today against all currencies.

President Donald Trump's statements to the American television channel Fox in which he stated that a stronger Dollar favors the US have marginally influenced this movement more than anything because it signifies a radical change concerning its previous position towards a weaker Dollar to facilitate exports. It is a necessary change that may support the North American currency in the future.

But perhaps more important than that is the fact that the Federal Reserve rules out negative interest rates even though the futures market is discounting it. All this has contributed to the US Dollar returning to its role of safe-haven in a risk-off scenario.

This situation of risk aversion has been precipitated by the statements of relevant figures in the asset management industry such as Stanley Druckenmiller, among others, that the current valuation of the stock market is not adjusted to the expectations of the economic situation due to the effects of the pandemic.

Another day the stock markets around the world have suffered losses, in the case of Germany30 it has fallen to its primary support located at 10157 below which the current bullish correction started at the end of March would be terminated.

The Dollarindex has risen above previous highs that were working as resistance around 100.50, clearing a clear path from a technical perspective for possible new gains of around 1%. 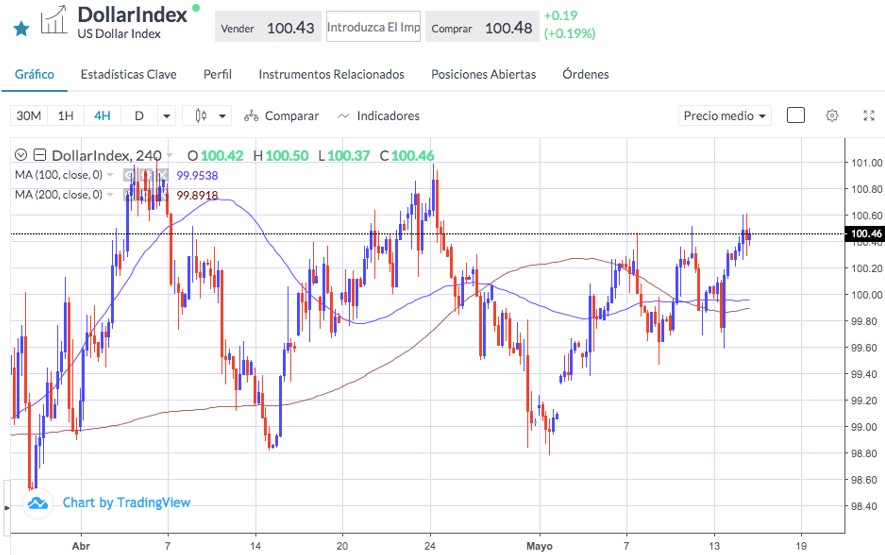 This strength in the US Dollar has put downward pressure on currencies such as the British Pound.

GBP/USD has continued its path to the downside, and it's headed for steeper declines with a target at 1.1850-1.1900 as a result of a downside break of a reversal pattern.

The Australian Dollar is also being negatively affected. The employment figures for April showed a loss of almost 600k jobs, a value never seen in the country, and the deterioration of relations with China, the country of which it is the leading supplier, augur an uncertain scenario for the economy of this country.

AUD/USD, after two unsuccessful attempts to push higher and exceed the 100-day SMA, has formed a double top pattern on the daily chart that would trigger with a daily close below 0.6376 and would have a potential target in the area of 0.6200 with intermediate support at the level of 0.6267. 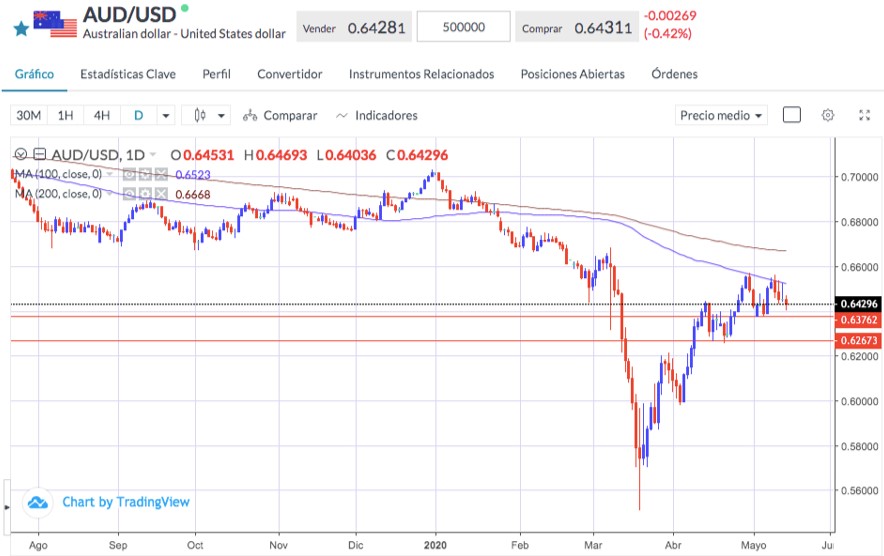 Unlike Australia, Canada does not seem to be affected economically as much by the crisis, mainly due to the recovery in the price of oil, a commodity to which its economy is closely linked. Also, there are benefits to be reaped by taking independence from China, especially related to the supply chain. A rupture of the United States with China would benefit its neighboring countries: Canada and, to a lesser extent, Mexico.

A strengthening of the Canadian currency would drag the EUR/CAD pair lower, even more so given the potential weakness of the European currency.

Technically, the pair would need to drill through the support at 1.5066, and the next level would be around the 100-day SMA, which currently passes 1.4947. 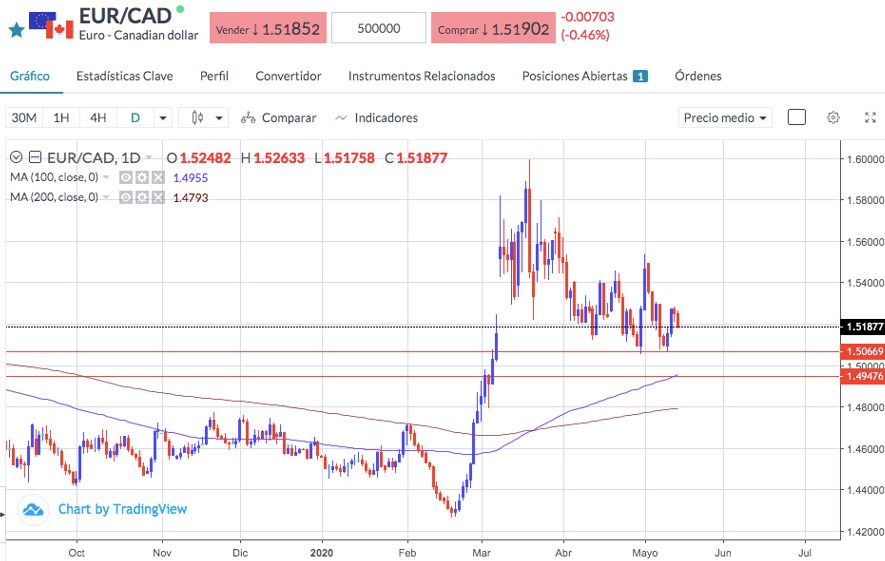