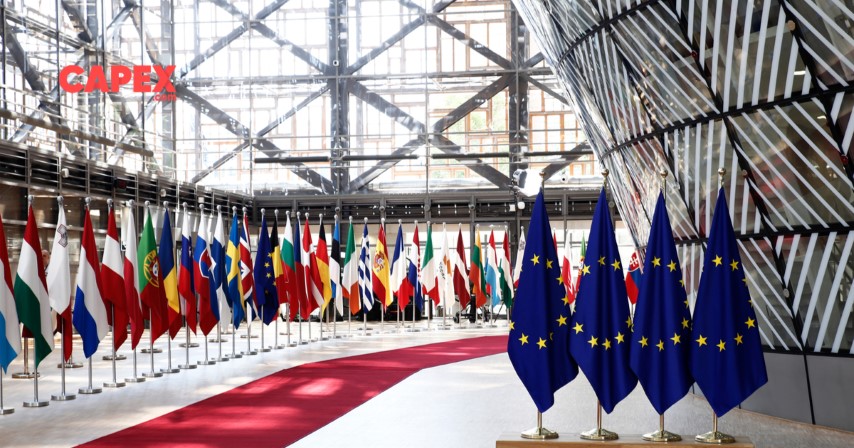 All eyes are on the meeting held over the weekend by the European Union's delegates, which will try to reach an agreement on the "next generation" rescue fund.

Talks are 'deadlocked' says Italy's Conte. No agreement came out of this weekend’s summit, all bets are off.

The principal discrepancies among nations "were in relation to governance but also it relating to the overall size of the package and various interests and looking for different formulae different interpretations of the allocation method, for example, and so on," Dutch prime minister, Mark Rutte, declared while leaving the negotiations.

The expectations that a satisfactory agreement will be reached, that is, close to or equal to the European Commission's proposal, are low.

Dutch Prime Minister Rutte said the chance of a compromise being reached at this meeting is less than 50%, and German Chancellor Merkel has also commented that the positions are still far apart.

Therefore what the market reflects is an intermediate position in which the agreement has not been produced but leaves open the possibility of a solution. The assets that will be most directly affected are the Euro and the stock indices of peripheral countries such as Italy and Spain.

In this scenario, we can contemplate three possibilities:

The least likely, and that would be a surprise that on Saturday, they announce that an agreement has been reached, which would include grants and loans distributed among the 750 billion Euros that the European Commission proposed.

In this case, the Euro would be boosted. EUR/USD would overcome the psychological barrier of 1.1500 and start a bullish momentum that would direct it towards the 1.1600 zone, 0.50% Fibonacci retracement of the entire bearish leg that began in February 2019. 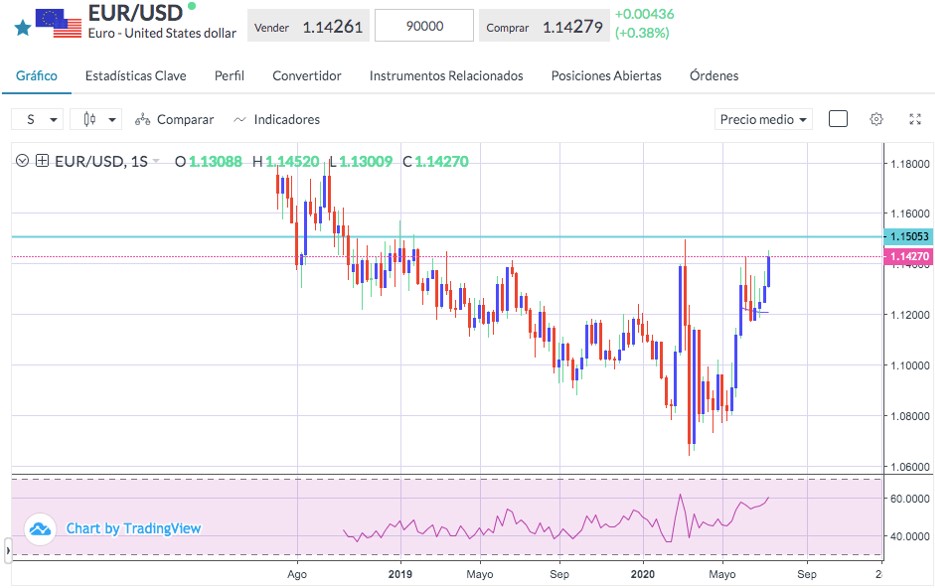 EUR/GBP would also rise with a first target at 0.9180, 0.618% Fibonacci retracement of the last bearish tranche that started in March 2020. 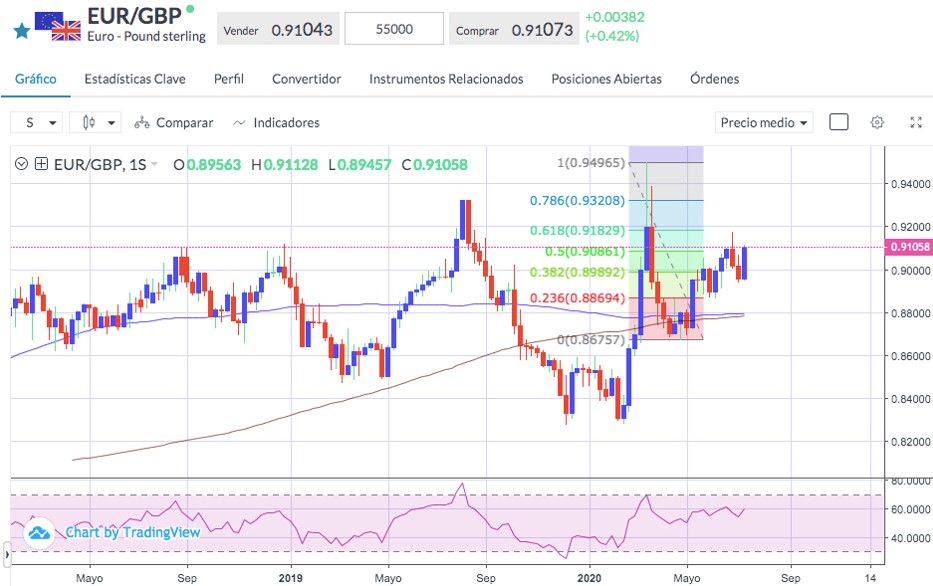 Spain 35 should overcome its first intermediate resistance around 7630, which would open the way towards 7920, 50% Fibonacci retracement of the fall due to the beginning of the crisis. 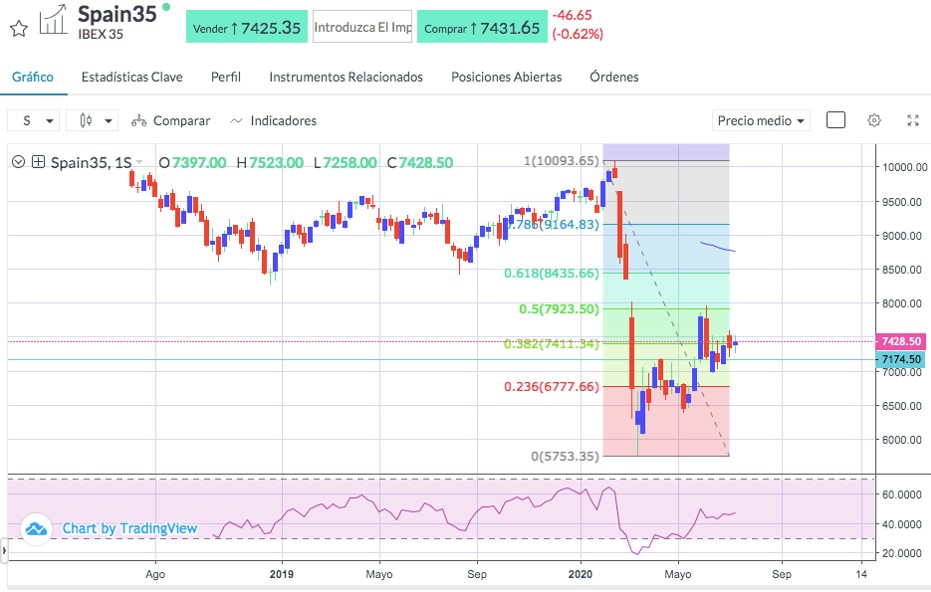 This is the most likely scenario, and best reflects the current price of these assets.

That the meeting ends without an agreement, but in the post-meeting communiqué, announce that progress is still being made in reaching a solution and kick the can down the road until the next meeting to be held on July 27 and 28.

If this happened, it would have only a minor impact on the market.

As the date for the next summit approaches, and if nothing has changed in the current market conditions, these assets will lean towards a slight upward bias.

The most pessimistic of all the scenarios. That the meeting ends without agreements and that the participants of the summit express opposed positions without any progress being made in approaching positions.

EUR/GBP would drill the support at 0.9040 and would be heading towards lower levels below 0.9000.

Spain35 would lose its current bullish bias and could correct down to the 7030 zone.