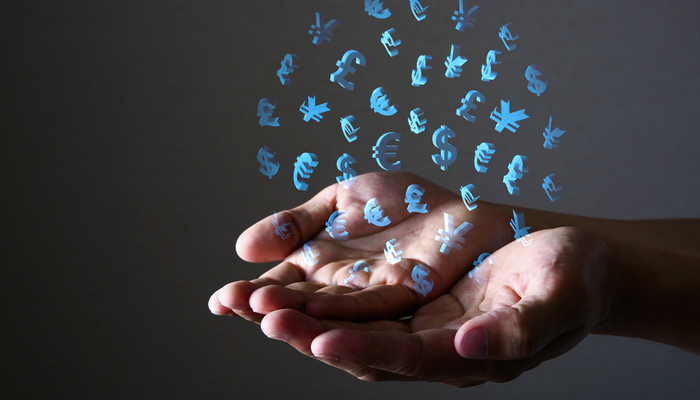 Most currencies move range-bound, USD might come up on top

Warren Buffett's statements over the weekend about his sales of airline companies shares and the maintenance of high cash percentages for not finding clear investment opportunities in the current situation of the stock markets have caused general sell-downs, although not of the magnitude initially expected.

He also stressed that the rapid and massive action of both central banks and the government have led to a recovery that makes stocks less attractive due to their current valuation. In short, what he implied is that he expects lower levels to enter into play, and for this, he has considerably increased his liquidity. He also recognized that the level of uncertainty of the current crisis is very high and that it will take time to have a correct evaluation of it.

Another factor that has influenced sales has been the escalation of tension between the US and China. During the trade war, the stock markets suffered considerable falls. Still, this time, the level of pressure rises to the political confrontation that will undoubtedly continue as we get closer to the elections.

President Trump and his aides have hinted that they could claim compensation for China's negligence in containing the epidemic and in providing truthful information to the rest of the world. What is worrying is that other nations, such as the United Kingdom, and Australia, are added to this argument. Obviously, China will not accept this responsibility in any case, so the confrontation is assured, and its consequences will not be positive for the economy or the stock markets.

The published economic figures are still very negative as expected. US March factory orders plummeted -10.3%, and April Manufacturing PMI of Germany to 34.5.

In this risk-off scenario, European stock markets have been the hardest hit with Germany30, accumulating losses of almost 3% since last Thursday's close. The index has broken a first bullish trend line and needs to close below the level of around 10188 to precipitate further declines. 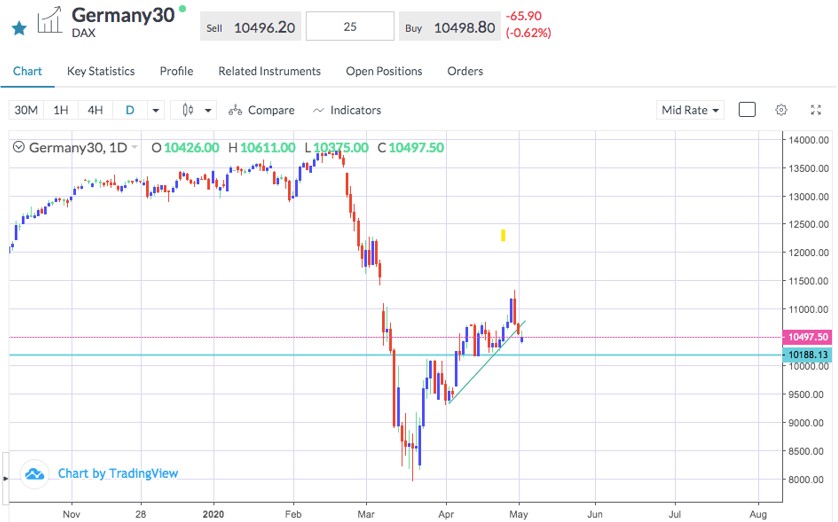 No definition continues to prevail in the foreign exchange market. The US Dollar has strengthened across the board in a risk-off dominated market. Sales for the last days can be attributed to month-end portfolio adjustment flows.

EUR/USD has failed to overtake the resistance of 1.1000, which was momentarily overcome last Friday, and in a typical roller coaster move, it has fallen to a support level around 1.0890. 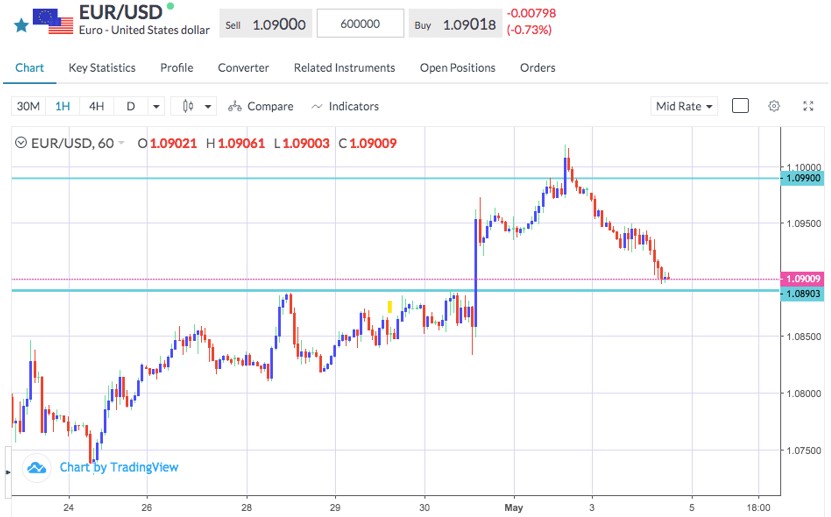 At the moment, everything indicates that it will be moving in rangebound as long as it fails to define a trend either above 1.1000 or if it breaks below 1.0890, from a technical perspective. From a fundamental perspective, there are reasons to argue weakness in both the Euro and the Dollar, so that in the short term, it will most likely continue to move in range, say market analysts.

GBP/USD has also been sold today, rejecting the 1.2635 level at which, for the moment, it has marked a double top that would activate below 1.2252. Market sentiment towards the Pound has been worsening in recent days.

At first, there was talk that it would benefit from being less affected by the pandemic, but the latest statistics show the opposite, and depending on its evolution, it could weigh in the near future on the British currency. The Bank of England is meeting this week, and although no change is expected, any decision to provide more monetary stimulus would be a bearish element for the Pound. 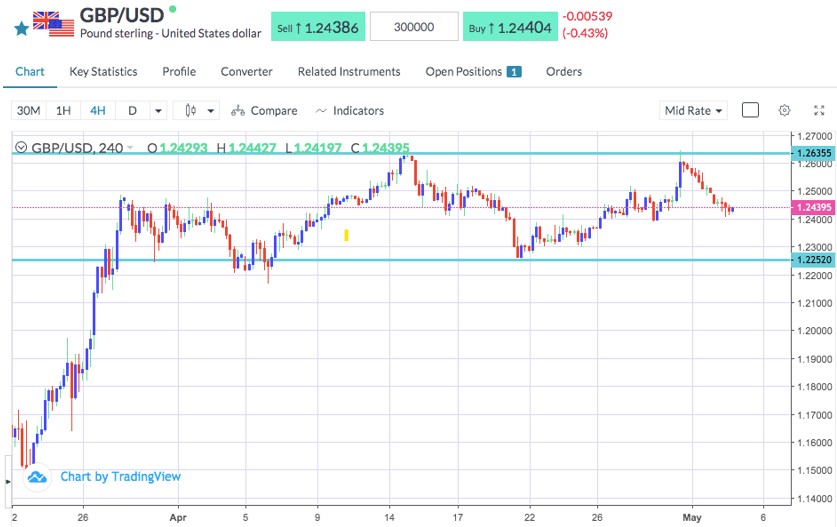