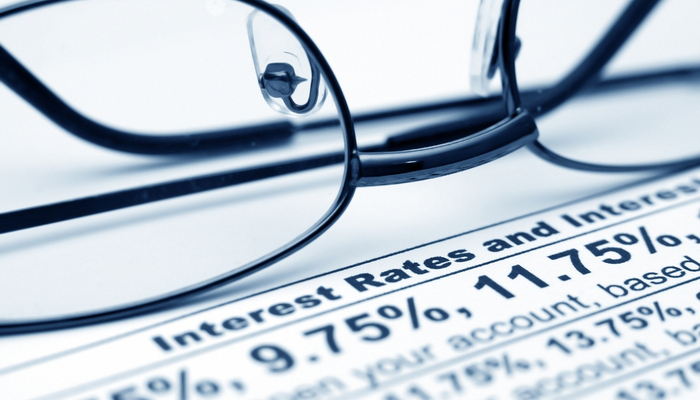 Federal Reserve Chairman Powell clearly expressed his intention to keep rates low for as long as necessary, noting that at least until 2022, they would maintain this level.

To the journalists' questions, he answered that in no way are they even considering when he will have to adjust interest rates upwards.

As this statement is clarifying enough to avoid any doubt in this regard, it has not served to prevent a corrective downward movement of the stock indices.

The forecast on the future evolution of the economy remains uncertain. This was expressed by Powell when he said that they need to know the next economic figures to make a more accurate assessment. It is a neutral statement, but the market would have required a more optimistic response to continue the impressive bullish momentum of the past few weeks.

Something the market also missed was the Fed's decision to implement the yield curve control policy. Powell said it is something that is being discussed but has not been decided yet.

But in any case, what is essential for the market is the certainty that the Fed will maintain this level of interest rates and could even lower them, which puts a ceiling on interest rates for a considerable time.

A mix of buying the rumor and selling the news and a return to concern about the outbreaks of the epidemic in Texas, Florida, and California has led the indexes to a downward movement that, for the moment, can be considered as corrective.

From now on, the market-movers will be the figures for the evolution of the pandemic in the United States and little by little the economic figures and the fundamental data.

USA30 could correct to the 24950 zone without losing its uptrend yet. 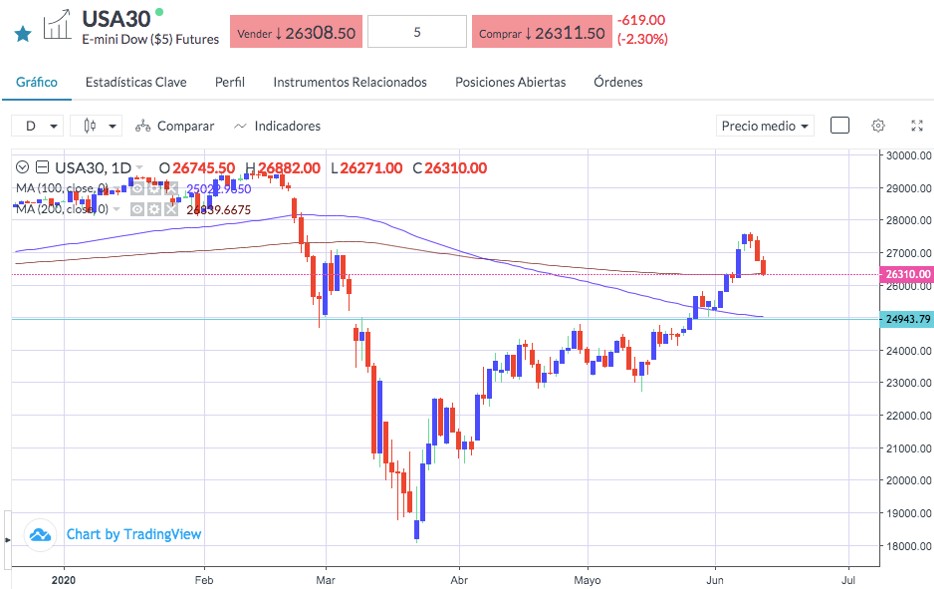 The yield on the 10-year US bond has returned below 0.70% and will remain at these levels or lower for a long time, given the Federal Reserve decision, which hurts the US Dollar.

EUR/USD rose to 1.1422 after the Fed meeting, and although it is correcting part of this movement, its upward trend is still alive. Positive news related to the European Commission's rescue fund could push it higher again with targets above the 1.1500 zone.

The asset that is undoubtedly one of the primary beneficiaries of this policy is GOLD, which rose to resistance at $1740 after the Fed meeting. Most market analysts agree that the precious metal could continue to be in demand by investors, given the environment of low-interest rates, and might overcome the indicated resistances heading towards the zone of $1800. 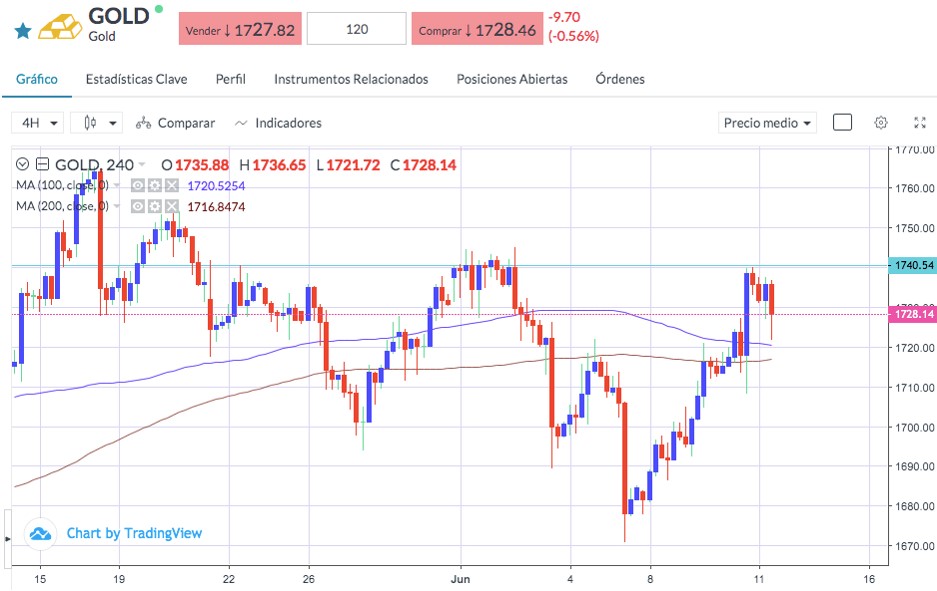 In the short term, the market is closely monitoring the deterioration of relations between China and Australia, which has been escalating in the level of tension between the two countries in recent days.

A breakdown of relations in both the political and commercial fields would have a significant impact on the Australian economy. This is reflected in the price of the Australian Dollar that started to fall after an impressive rally in the last two months.

This was driven by the positive sentiment of the market about economic reopening.

Technically, AUD/JPY has triggered a reversal pattern that is aiming for the downside of around 72.32.

If the situation between the two countries worsens or the pandemic data increase the risk aversion of the market, the pair could continue to drop to the next level around 71.00. 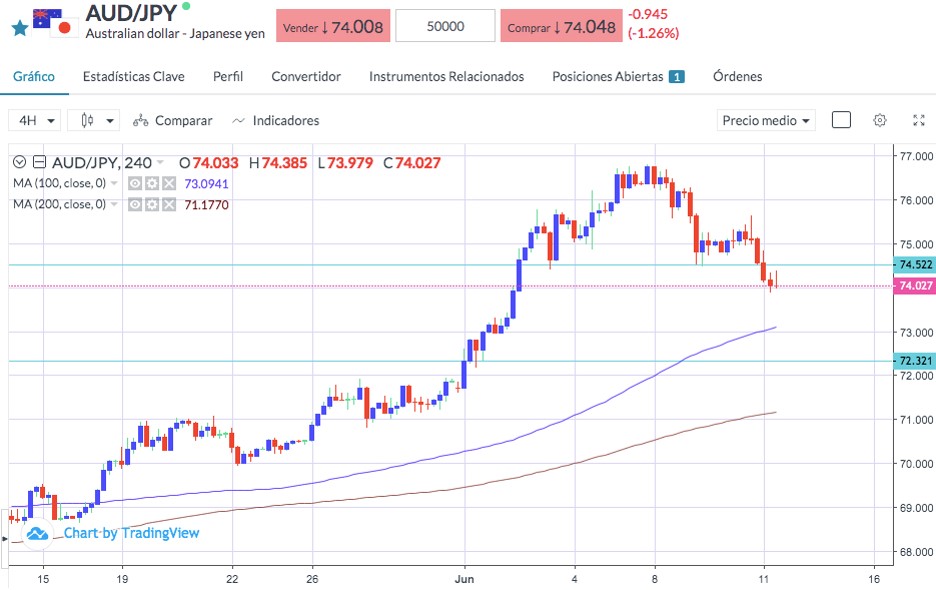