5 essential things about bonds that every trader needs to know 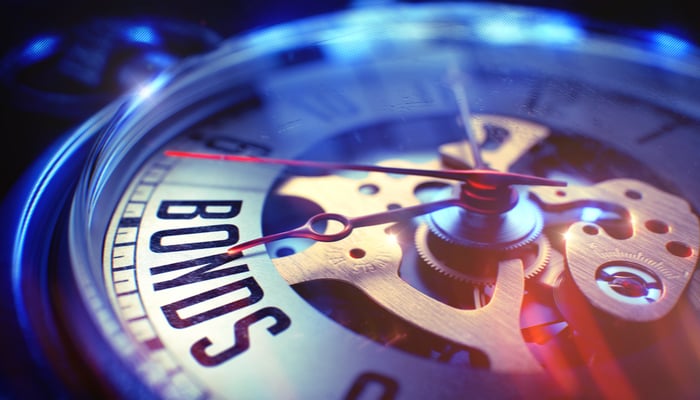 In this article, we will tell you 5 essential things about bonds, including how they function, how you can trade them, and advantages/disadvantages.

When an organization needs money for various reasons (expansion purposes, acquisitions, and others), it has the possibility of issuing a bond. Bond issuers could be governments, corporations, or even municipalities. They promise to pay the bond (the principal, or the face value) back to the creditor at an agreed date in the future when the bond matures. In the meantime, bond issuers make interest rate payments.

Investors see bonds as fixed-income investments, similar to stocks, commodities, or other derivatives such as #CFDs.

2. Bond classifications can get complex

People classify bonds depending on the maturity timeframe, yields, or risks involved.

Treasury Bonds usually mature the fastest and offer more security to investors. Still, their yield and interest can get to low levels. An example of a treasury bond is the TNOTE10 (#10-Year U.S Treasury Bond). However, it can fall into the medium-to-long term category from a maturity standpoint.

Then we have municipal bonds (called Munis), which can return better yields than #treasury bonds. However, because municipalities, states, or counties issue them, they don't offer the same safety levels as the Federal government's treasury bonds.

Finally, we also have corporate bonds. As the name suggests, companies create and sell them. If the companies are sound from a financial point of view, then buying their bonds could be less risky. But keep in mind that things can change very quickly, and risk can swing from one side to the other.

Unlike stocks, bond trading takes place over the counter and not on regular exchanges such as the New York Stock Exchange or London Stock Exchange. Assets that are traded over the counter don't benefit from the supervision of exchanges. Transactions are completed directly between two parties and are carried out by market-makers (brokers) through dedicated trading platforms.

If you're looking to trade CFDs on bonds, stocks, commodities, Forex, or other popular assets, you don't need to look anywhere else. Create an account with us here at CAPEX.com, and you have access to more than 2.100 CFDs on your preferred financial instruments.

People prefer trading bonds over the counter for various reasons. First, bonds come in many shapes, forms, and flavors. There are numerous issuers out there, making it difficult to list every one of them on exchanges.

Second, bond prices change depending on interest rates and credit ratings* and not on news reports in stocks. Because trade time between credit rating issues can last weeks or even months, it becomes tough to list current prices. Without updating quotes, bonds can't be traded on exchanges.

*According to investopedia.com, bond ratings are scoring schemes used to judge each bond's quality and creditworthiness.

4. Bonds come with ups and downs

Like most assets in the financial markets, bonds have ups and downs. Let's look at some of them, starting with advantages.

Bonds reward you with income from interest payments. As long as you hold the bond until it reaches maturity, you usually get the principal back. Exceptions: bond defaults.

You can also resell the bond you purchased at higher prices. This usually takes place over the counter, through brokers. Additionally, you can again buy bonds through bonds mutual funds as a diversification strategy.

Rising interest rates and credit risk can impact bonds. Generally, when rates drop, bond prices go up, and vice-versa. But if you hold on to your bond until it matures and you get your principal, swings in interest rates won't affect you. If you plan on selling bonds before they reach maturity, prices will depend on interest rate values.

Credit risk means that issuers could default on their interest and principal repayment obligations if they experience cash-flow problems. Some bonds benefit from something called "provisions," granting issuers the right to repurchase them before the maturity date. Issuers are more likely to exercise these rights when interest rates are falling, which leads to bond prices increasing.

5. Bonds depend on the state of economies

People acknowledge that bonds offer protection during periods of economic uncertainty when the stock market falls, according to thebalance.com. They offer fixed interest payments and attract market participants looking for safer forms of investments.

Since this is a massive topic, we will tell you more about bonds and their connection with economies in an upcoming article. Until then, make sure you stay tuned to CAPEX.com Featured Articles section and read our newest pieces!