Was Gordon Gekko right about greed? 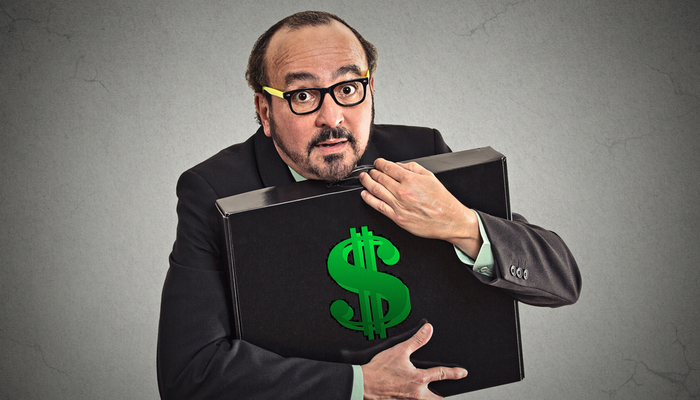 “Greed is good. Greed works. Greed will save the United States of America”.

Those words belong to the fictional character Gordon Gekko, masterfully embodied by Michael Douglas in the Oscar-winning movie "Wall Street." Our question (and the thesis of today’s article) is the following: was Gekko right? Could greed be beneficial for traders in certain circumstances? How could such a thing be possible?

I guess we need to find out.

But first things first. Let’s start with the consensus: that greed is terrible.

Stick with us until the end, and you'll get a better movie recommendation than “Wall Street."

Why is greed generally considered dangerous for traders?

We cannot fool ourselves: Greed is part of human nature. We're all greedy to a certain degree. But how does this trait fare with investors in the financial markets?

For most traders, greed is harmful for a straightforward reason: it makes them risk too much when it is not right. And you know what the funny thing is? Greed is caused by the lack of a fundamental idea: a trading plan. You heard it right: Greed is a direct consequence of failing to firmly establish goals, objectives, and strategies. It leads to erratic, unnecessary behaviors, without any trace of fundament and logic.

Just check out Investopedia.com, fool.com, Yahoo Finance, babypips.com – the big boys. They are all saying the same things: Greed is a fool’s loaded gun. The problem? It has standard bullets instead of blanks.

How does greed appear – the four categories of greed-touched traders

Ok. Now that we’ve got the reason “why greed is dangerous” out of the way, we can move on and talk about the greed-touched traders.

Greed doesn’t usually come knocking at the door immediately for many newbie traders. Usually, it starts to appear when they get some experience and confidence in their abilities. Combine that with some lucky positions, and you have a recipe for disaster.

Greed can also manifest out of regret from missing opportunities or not taking them at the right time. The next time they see an opening, traders look to make up for what they missed before. The effect? Uncontrolled trades, no stop loss or take profit orders in place and… You know the answer. Oh, you want to learn more about market orders? Visit our featured article entitled “Stop Loss, Take Profit, Trailing Stop & other orders - what's all this?”. You can never know when it can come in handy.

Intermediate traders sometimes wrongfully assume they can afford to risk more. Again, failing to plan ahead could turn your trades into pieces. That's absolutely no guarantee for getting involved in positions bigger than what you can handle.

And the last category: the people who actually… don’t take risks when they should. Hey, that’s also greed, no? Think about it for a second: they have all the signs in place to enter a position. Experts and guru traders all say to go for it. And yet some traders choose not to. Why not? Because they already made some successful trades out of that specific opportunity and, being greed-touched, don’t fancy blowing everything up.

Greed manifestations – many faces, many colors

What you need to understand is this: Greed is a direct threat to the trading account. It can result in depleting your account permanently in a blink of an eye.

But still… can greed be helpful to traders?

You must have long-awaited for the answer to the title’s question. And after already talking so much about why greed is dangerous, harmful, toxic, and repulsive, let's see if it can also be useful, beneficial, or desirable.

Short answer – yes. Detailed answer – rarely, very rarely. One such example when greed could be beneficial for trading is during the excessively bullish market. Then, if you’re positive, you know when to get out, you can "ride the wave," go with the flow and hopefully make some successful trades.

However, the markets are still unpredictable, and the experts advise to use trailing stops to protect your account. If you haven’t clicked on the link earlier, you can do it now (clue – it’s about market orders and risk management).

Sleeping with the enemy – controlling greed

Fortunately, there are methods of keeping greed under control, just like for any other human emotion. Discipline is crucial. Disciplined traders run away from greed. They build a solid trading plan, and they stick to it. They use trading journals to monitor their daily, weekly, or monthly activity. They learn from their mistakes and always strive to improve their strategies.

Also, disciplined investors know how vital stop loss and to take profits are. They calculate these variables before opening any kind of position. The risk to reward ratio is a primary trading concept and one you need to continually be aware of.

There’s nothing much left to say, really. Summing things up, you need to understand that trading is more of a marathon than a sprint. Realistic expectations, proven trading strategies that suit your style, and plenty of patience and control will overcome any kind of greed trigger in you.

And by the way – go watch “Glengarry Glenn Ross” if you haven’t. And it hasn't won an Oscar. That's why it's a better film than “Wall Street."