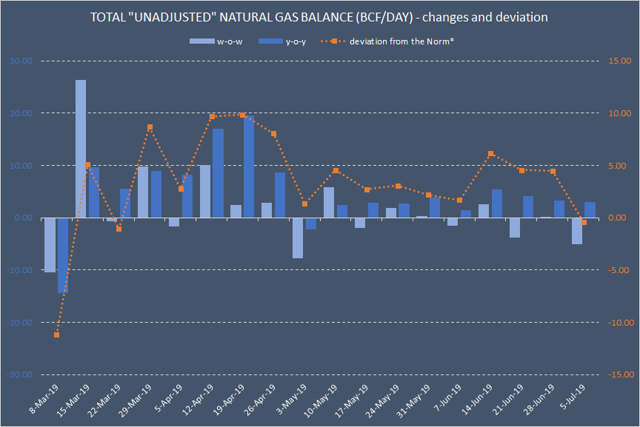 On Friday, the British pound recovered from the five-month lows that it reached earlier in the day against the USD and the EUR. Worries about a no-deal Brexit still held the currency’s gains on the spot.

After recovering from a January low of 89.92 against the euro, sterling has now lost 4% of its value since the start of April. Some of its decay during the past week came from powerful euro movements earlier on.

However, the Conservative party leadership contest that should end with a new prime minister by the end of July is making investors reluctant to partake in big positions.

The pound is widely expected to endure pressure until there is more transparency around the Brexit situation.

As the world was awaiting news from the G20 summit, the U.S. dollar was slightly lower on Friday, inflation data supporting the FED’s patient march to interest rates.

With trade talks being in focus, the dollar was mostly neutral against the safe-haven Japanese yen, USD/JPY falling to 107.73.

Despite expectations among investors and pressure from Donald Trump, the Central Bank is supported in taking a cautious approach to cutting rates.

OPEC members agreed on the need for extending oil production cuts. They are, however, undecided on a period of 6 or 9 months.

The Minister of Energy affirmed that “Certainly it is a rollover, consensus is emerging. Everybody I am talking to is assuring that conformity in the second half is going to be a lot more uniform than what we have seen in the first half [...]”.

All eyes on the weather outlook: Natural Gas under scrutiny

In the simplest terms, the balance for natural gas is above last year’s level and above the historically normal level. The market seems to be looking forward, with the data this week being neutral for traders.

The estimate for the dry gas production has been expanding in annual terms but its growth rate seems to be weakening due to base effects.

Overall, total exports were up 25.0% year-over-year, primarily due to pipeline exports into Mexico and robust LNG sales.

The total flows to liquefaction averaged 5.9 bcf/d, a number that set a new all-time record.

Gold had its biggest intraday influx

It’s no wonder that Gold is at a 5-year high and recently broke a 5-year resistance line. 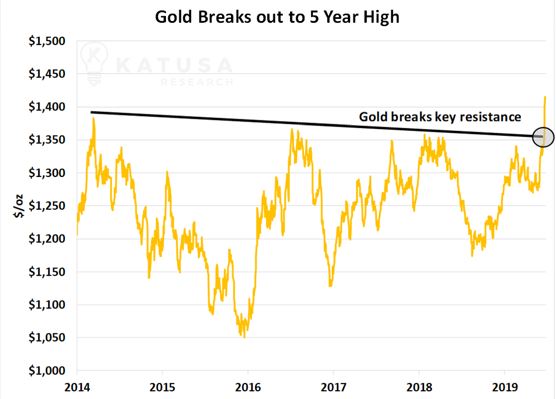 Last week has made us a witness to the single largest inflow day in the history of the ETF, a fund that dates back just before the 2008 financial episode.

The first half of 2019 underlines stock market's positive roles

Nicknamed the “year of the mood swings” for the U.S. stock market, investors went from certainty to surprise in less than a quarter. Last week, the Fed’s softened language helped the indices to reach record levels.

The Friday surge in German shares helped European equities celebrate their best first-half performance in over two decades. Investors are now awaiting the U.S - China trade talk conclusions in hopes that the rally might continue. 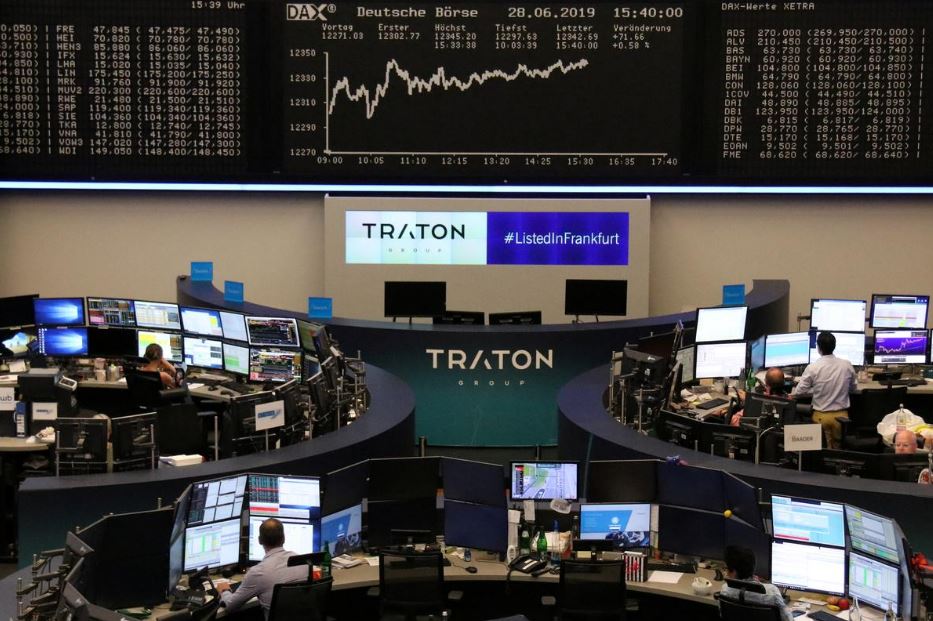 The long-drawn trade dispute happening between the U.S. and China brings G20 into the picture, with Trump confirming hopes for productive talks with China.

The social media giant now focuses on additional advertising revenue streams, building its shares up by 1% in the mid-morning of Thursday.

Morgan Stanley analyst Brian Nowak sees a revenue opportunity of $1 billion for Instagram Explore by 2021. However, he maintains a target of $210 on Facebook, roughly 10% higher than its actual $189.61.

The extended session saw lower shares for Apple Inc. as the software giant announced the leave of designer Jony Ive. Following a less than 0.1% decline, the company finished the session at $199.74. Apple confirmed that the designer will leave later this year to “form an independent design company which will count Apple among its primary clients." 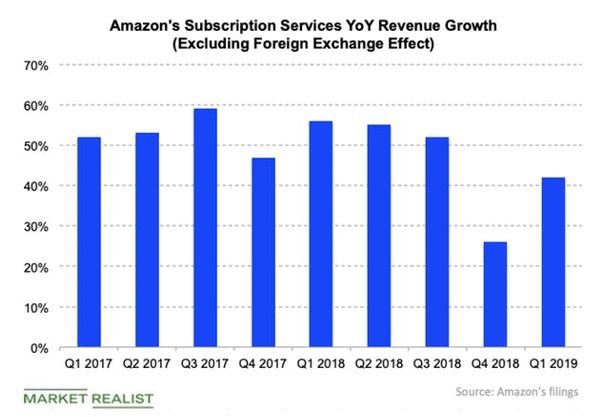 Commerce giant Amazon (AMZN) has been increasing the benefits of its Prime membership. Costing $119 annually in the U.S., the company had a 36-hour record Prime Day last July and is now preparing for a 48-hour Prime Day this July.

The true discounts Amazon offers makes the Prime crowd interested, spending more on Amazon than regular customers. While the e-commerce sector is slowing down, the subscription services and the Prime membership are what hold the growth on the graph above. Year-to-date, Amazon’s stock is up nearly 28%.

Ads by the corner for streaming giant Netflix

“An ad-supported tier could provide a lift to free-cash-flow, reducing the need for Netflix NFLX, +1.66% to raise debt frequently, especially beyond 2021 into a potentially rising rate environment,” Instinet’s Mark Kelley affirmed on Friday.

Netflix continues with its ad-free experience as the main competitive benefit. Although many Netflix users stated that they would leave the service if the company was no longer ad-free, there is a potential revenue opportunity of more than $1 billion per year, with almost $700 million flowing through to net income.

Smart City project proposed along Toronto’s waterfront by Alphabet Inc. unit ‘Sidewalk labs’ has sworn not to sell personal data collected from residents and visitors to advertisers.This is part of a 1,500-page master plan released on Monday.

Privacy activists insisted that Sidewalk Labs has to guarantee that personal data used to run the project will remain anonymous.

In a statement, Sidewalk Labs mentioned that the project will add C$14.2 billion annually to Canada's GDP, C$4.3 billion in tax revenue, and create 44,000 permanent jobs by 2040.